Last week, the BBC One television station broadcast a segment on its News at Ten program about the recent World Holocaust Forum event at Yad Vashem. In it, international correspondent Orla Guerin, who has a history of anti-Israel bias, took the opportunity insert her own propaganda into an otherwise good segment.

In the January 22 report (which you can view here), Guerin interviewed Holocaust survivor Rena Quint. In her own voice, almost halfway into the segment (at 1:50) Guerin noted, “75 years on, Rena says, antisemitism is coming back.”

She then went on to demonstrate. Towards the end of the report, while viewers saw images of victims of the Holocaust, Guerin told viewers:

In Yad Vashem’s Hall of Names, images of the dead. Young soldiers troop in to share the binding tragedy of the Jewish people. The State of Israel is now a regional power. For decades it has occupied Palestinian territories. But some here will always see their nation through the prism of persecution and survival. [Emphasis added.] 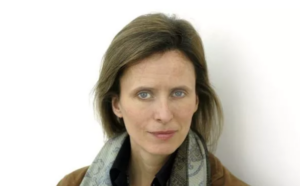 Guerin, now based primarily in Istanbul, has a long record of anti-Israel bias. As a Jerusalem correspondent at the time of the Second Intifada, her coverage was so poor that it prompted a rare Israeli government complaint to the BBC. And in 2015, her reporting on the surge of Palestinian terror attacks prompted a former BBC chairman to accuse her of misleading audiences. Despite her record, the BBC sent Guerin to Israel to cover the sensitive topic of Holocaust commemoration.

The reference to “occupied Palestinian territories,” which has nothing at all to do with the report’s subject matter, is both gratuitous and, as CAMERA’s Gilead Ini has explained in another context, incorrect. Guerin’s inference of how some Israelis see their country, and her implication that this view is unjustified, is insulting to the many people for whom Israel was, in fact, a lifeline after they survived a genocide, as well as to their descendants.

The report was criticized by many, including former BBC executives. The British Association of Jewish Ex-Servicemen and Women asserted that the report would “only serve to feed and fuel antisemitism.” The editor of the Jewish Chronicle called the report “depraved,” explaining, “note that ‘but’ in her final sentence. You Israelis, she is saying, are the bullies now, with your military and your occupation. ‘But’ you have the gall still to think of yourselves as being the persecuted.”

And the Board of Deputies of British Jews stated, “In an otherwise moving report on the experiences of a Holocaust survivor, Orla Guerin’s attempt to link the Israeli-Palestinian conflict to the horrors of the Holocaust was crass and offensive.” In light of Guerin’s history of bias, the BOD wrote, “it is questionable why the BBC would even use her for this sensitive assignment.”

The BBC has so far defended Guerin’s report, claiming that her “brief reference in our Holocaust report to Israel’s position today did not imply any comparison between the two.”

This is not the first time that the BBC has inserted political commentary concerning Israel into coverage of unrelated issues concerning Jews. In January 2015 Tim Willcox of BBC News interviewed a French-Israeli woman attending a rally in memory of the victims of the Paris terror attacks. She expressed concern about persecution of Jews, saying “the situation is going back to the days of the 1930s in Europe,” whereupon Willcox stated, “Many critics though of Israel’s policy would suggest that the Palestinians suffer hugely at Jewish hands as well.”