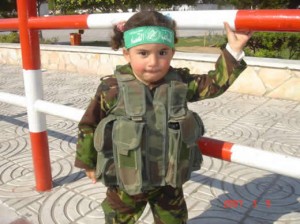 No issue was more glaringly and indefensibly neglected by most of the media than the often grotesque demonizing of Israel and the Jewish people by the Palestinians and the wider Muslim/Arab world. Instead of reporting the hate-indoctrination prominently and continuously for what it is – a central driving force for violence and fundamental threat to peace — media outlets such as The New York Times typically ignored the phenomenon orcharacterized it as merely an accusation by Israelis rather than an objective reality.

Few instances of such media malpractice were as blatant asThe Times’ censoring of Secretary of State John Kerry’s strong denunciation of incitement as the cause of the massacre of Jews at prayer in Jerusalem’s Har Nof synagogue. Kerry’s emphatic statement was first included in an online version of the New York Times story but later entirely excised by the time the printed account reached readers.

For these reasons, CAMERA has expanded its billboard campaign calling public attention to The Times‘ anti-Israel bias.

Covering the Israel-Gaza conflict, the popular press promoted numerous myths and CAMERA set the record straight with a powerful ad campaign promoting the facts. In a devastating expose after the fighting, former AP reporter Matti Friedman astutely summarized the media’s impact in Tablet:

The lasting importance of this summer’s war, I believe, doesn’t lie in the war itself. It lies instead in the way the war has been described and responded to abroad, and the way this has laid bare the resurgence of an old, twisted pattern of thought and its migration from the margins to the mainstream of Western discourse — namely hostile obsession with Jews. The key to understanding this resurgence is not to be found among jihadi webmasters, basement conspiracy theorist, or radical activists. It is instead to be found first among the educated and respectable people who populate the international news industry.

CAMERA notes, “Friedman touches on the serious distortions so often detailed by CAMERA, including hugely disproportionate focus on relatively modest faults of the Jewish state and at the same time journalistic neglect of the suffering of millions across the globe and of their tormentors. He makes the key point that, contrary to what might appear to be intense journalistic interest in the plight of the Palestinians, reporters actually do not have real curiosity about the breadth and depth of that community. Only as Palestinians intersect with Israel do they come into view — not for themselves.”

Former BBC correspondent Richard Miron blogged his agreement, expanding on the ramifications of the botched coverage:

The media must also account for itself and for its own conduct including apparent omissions and failures in the reporting of the conflict. It must question where reporting may have ended and emoting began, if it held Israel to a standard apart from all others, and why it allowed Hamas a free pass in controlling the flow of information. Its coverage had consequences in fuelling the passions (and hatred) of many on the streets of Paris, London and elsewhere towards Israel, and by extension towards Jews.”

3. Parroting Hamas’ Inflated Civilian Casualty Claims
One of the most pernicious fallacies hyped by news outlets regarding the summer conflict was the claim that “the vast majority” of casualties in Gaza were civilians. Such claims cropped up in the BBC, The Los Angeles Times, CNN and countless others. The statistics were promoted by the Gaza Health Ministry and reported at face value by many journalists, despite the fact that this ministry is run by Hamas and has every incentive to inflate civilian casualty figures to garner world sympathy. Gaza residents were even instructed to lie about civilian casualties to the press, a critical point almost entirely ignored by the media.

A CAMERA study published by Time.com and subsequent itemized Israeli studies showed roughly half the casualties in Gaza were combatants and this documentation helped blunt the rote parroting of Hamas claims. Yet the “vast majority” fallacy was repeated as recently as ten days ago by Reuters. Israeli tactics limited civilian casualties to roughly a one-to-one civilian to combatant casualty rate, a remarkable ratio in urban fighting where fighters are entrenched, in bunkers and tunnels and using civilians as human shields.

Coverage of the October 2014 staging of the controversial opera “The Death of Klinghoffer”
largely neglected any serious inspection of the libretto and the substantive concerns of many in the public about the cultural promoting of anti-Jewish stereotypes and the inversion of victim and terrorist in the work. Though persuaded to cancel the simulcast of the opera in the wake of a letter-writing campaign prompted by CAMERA, reducing the potential audience by hundreds of thousands, New York’s prestigious Metropolitan Opera nonetheless staged the production. The editorial boards of the New York Times and Boston Globe decried the cancellation of the broadcast. Hundreds protested at Lincoln Center but The New York Times continued to justify the opera.

The New York Times is nearly seven times more likely to publish opinion columns primarily critical of Israel than those primarily critical of the Palestinians, continuing a pattern of bias previously documented at the newspaper, a new CAMERA analysis has found. The newspaper is also twice as likely to publish opinion pieces that predominantly support the Palestinian narrative about which side deserves more sympathy or criticism than pieces that predominantly support the Israeli narrative. New York Times Jerusalem bureau chief Jodi Rudoren does not bother to differentiate between objective reporting and pushing her viewpoint and her editors seem to prefer advocacy over straightforward journalism.

The hate site Veterans News Now (VNN) has been promoted a number of times on the front page of Yahoo, News one of the most visited sites on the internet. VNN is an extremist site whose output includes Holocaust denial and 9/11 conspiracy mongering and is run by Debbie Menon, a fanatical Jew-hater who has approvingly shared text that claims “Jews toy with the American public as a cat toys with a mouse” and that “It is a marvel that the American people do not rise up and drive every Jew out of this country.” James M. Wall, former editor of The Christian Century, a magazine that caters to liberal (mainline) Protestants in the United States, is also helping to mainstream VNN by having his articles published on the site and by agreeing to serve as an “associate editor” for the publication.

On July 23rd, the medical journal The Lancet published “An open letter for the people in Gaza.” In so doing, the journal betrayed what it calls its “prestigious heritage as one of the world’s leading medical journals [which] continues to inspire our authors and editors today as they strive for medical excellence in all that they publish.” There was neither medical nor journalistic excellence in the piece. Instead, it was little more than an anti-Israel screed replete with mischaracterizations, important omissions, flat out falsehoods and unsubstantiated accusations. This was, regrettably, not surprising coming from The Lancet which has a sad history of publishing anti-Israel pieces, some by the very same authors who wrote this one. CAMERA has documented a number of these in the past. Richard Horton, the journal’s editor, has also displayed bias in other publications. Horton dismissed as “irrelevant” the anti-Israel and anti-Semitic views held by some of the open letter’s authors, some of whom promoted a video featuring a rant by [former KKK Grand Wizard] David Duke, in which he claims that “the Zionist Matrix of Power controls Media, Politics and Banking” and that “some of the Jewish elite practices racism and tribalism to advance their supremacist agenda.” Horton subsequently traveled to Israel and witnessed the close medical collaboration of Jews and Arabs. Seemingly impressed, he said he “deeply regretted” the polarization caused by the Lancet letter — but would not retract it.

The Daily Show with Jon Stewart grossly mischaracterized the 2014 Gaza conflict. Stewart implied that Israel and Hamas are both happy to be engaged in conflict when, as David Horovitz wrote in the Times of Israel analysis:

Hamas is avowedly committed to the destruction of Israel and holds to a perverted interpretation of Islam that claims killing Jews, Christians and non-believing Muslims is your guaranteed path to paradise if you also die in the process. Israelis, by contrast, would much rather live and let live. He ignored the fact that Hamas is a terrorist organization engaged in suicide bombings, individual killings, kidnappings, and incessant rocket fire at Israel.(We left Gaza unilaterally in 2005, under international pressure, hoping that the security risk would be worth it, and that we’d be rewarded with tranquility rather than rocket fire, but I wouldn’t expect Stewart to go back that far.)

To the extent that viewers — many of them young — rely on Stewart as a legitimate news source his know-nothing attempt at humor could have serious consequences.

During Operation Protective Edge, CNN’s coverage was, at best, mixed. Some of the lowlights include:

1) In a July 25 interview with Wolf Blitzer, senior Palestinian official Nabil Shaath insisted that one thousand Palestinians in Gaza had been killed at the time, and that “700 of them are women, children and elderly civilians.” Shaath’s number was egregiously off the mark but, as CNN anchors did in many similar interviews, Blitzer passively allowed extreme, baseless charges against Israel to pass without even the slightest challenge.

2) On July 29, “CNN Tonight” broadcast a segment showing a film clip of Hamas terrorists emerging from a tunnel inside Israel. This footage was put out by Hamas, aired on Al Aqsa TV, and showed the terrorists attacking Israeli soldiers. Host Don Lemon questioned correspondent Martin Savidge about the tunnels, asking “Does this make Israel’s point about the danger it faces?” Savidge replies that “the attacks were on soldiers, which could be considered legitimate targets. So in some ways, this is very compelling in supporting Hamas’ argument that, no, these tunnels are being used to wage a war, not to go after civilians.” In truth, the IDF thwarted an attempted infiltration by Hamas terrorists into Kibbutz Sufa and provided footage of the attempted infiltration. The Israeli Shin Bet exposed a Hamas plot for a massive attack on civilians via the Gaza tunnels to be carried out on the Rosh Hashanah, the Jewish New Year.

3) On the CNN Web site, an “informational” piece stated, “The tunnels have, for some time, also been used as vital supply lines to Gaza, through which food and other necessities have been transported.” CNN must surely know – and must inform viewers – that the tunnels used to smuggle supplies were located on the Egypt‑Gaza border while the tunnels used by terrorists to attack Israel have been dug under the Israel‑Gaza border.

In another gaffe, a CNN ticker referred to the attack as a “deadly attack on Jerusalem mosque.” 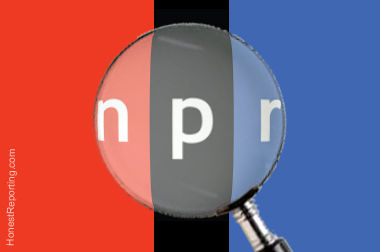 In a July segment of On The Media, host Brooke Gladstone concealed essential background about her guest speaker, Philip Weiss, instead presenting him as a mainstream, credible expert with no substantive challenge whatsoever given to his statements. Gladstone introduced Weiss without any indication of his fringe views, calling him simply the “co-editor of Mondoweiss.net,” failing to inform listeners that Weiss is an avowed anti-Zionist who supports the boycott, divestment and sanctions campaign to weaken and dismantle the Jewish state and whose blog feverishly lambasts the Jewish state with one-sided and frequently inaccurate charges. Across the network’s schedule, NPR hosts repeatedly fail to challenge the false claims of anti-Israel guests. Not infrequently, NPR shows lack a balanced approach, distort and obscure the facts and conceal essential information.

Can we expect 2015 to be a better year for Israel and media coverage? While CAMERA is gratified at the many instances of responsible action by members of the media, it’s also obvious there will be numerous challenges! That’s why CAMERA is dedicated every day to setting the record straight on Israel and Middle East realities.