The Christian Science Monitor finessed it, but, in effect, it equated today’s Israel to apartheid era South Africa. This was the thesis of a report prompted by the emergence of the new U.S. Middle East peace plan.

Peter Grier, CSM’s Washington editor, writes in the preface to correspondent Ned Temko’s online report, “Israel, South Africa, and the deal of the century”: “Israel may not be the apartheid state that its most vocal critics claim. But there are illuminating parallels …” Author Temko writes: “Israel is not an apartheid state. At least not yet.”

Israel may not be the “apartheid state” that its most vocal critics claim. But there are illuminating parallels between South Africa in the 1980s, before Nelson Mandela became president, and Israel’s conflict with the Palestinians today.

Black South Africans then and Palestinians now faced a huge power deficit; neither could really threaten the governments they challenged. The economic disparities too were enormous; the white South African government then, and President Donald Trump now, with his new Middle East peace plan, offered huge amounts of cash as inducements to go along.

But power and patronage have their limits. In South Africa, in the end, F.W. de Klerk’s government changed course, abandoned apartheid, and paved the way for Mr. Mandela and black majority rule.

In Israel, and the West Bank lands that its army and settlers have occupied since 1967, there are no signs of a change of course. Mr. Trump’s so called “deal of the century” has met with blunt, out of hand rejection by the Palestinians, its $50 billion sweetener notwithstanding.

The two conflicts, historically and politically, are very different. Despite the accusations of the Israelis’ most vocal international critics, Israel is not an “apartheid state.” At least not yet. But there are parallels, important to understanding South Africa’s conflict back in the late 1980s, and important to Israel’s conflict with the Palestinians today.

Temko draws three parallels between Israel and South Africa: “a huge disparity of power”; “an equally enormous disparity in economic leverage”; “violence” [by those disadvantaged].

“The apartheid system wasn’t brought to its knees. The apartheid government could have held on for years if it had wanted to – for decades.” The key came from inside the establishment from President F. W. de Klerk, who decided it was time to bring white rule to an end.

No such fundamental rethink seems likely in Israel. The political center of gravity there has shifted rightward in recent years. And while some opposition politicians object to the idea of moving Arab Israelis into a putative Palestinian state, broad support has emerged for unilateral annexation of the main West Bank settlements, even though such a move would be illegal under international law.

Israel is in no way an apartheid state

Israel is in no way like apartheid South Africa, where a minority of whites ruled over a majority of blacks, who were denied the most fundamental human rights. In Israel, Arabs, Druze and Christians have equal rights and serve in high positions in government, business, the arts and academia…. Even the situation on the West Bank — where Palestinians have the right to vote for their leaders and criticize Israel, and where in cities such as Ramallah there is no Israeli military or police presence — the situation is no way comparable to apartheid South Africa.

The situation was described in a March 2017 New York Times op-ed, “Why Israel Is Nothing Like Apartheid South Africa,” by Benjamin Pogrund, an author and native of South Africa:

Here’s why the apartheid comparison does not stack up. Apartheid in South Africa maintained privilege for the white minority and doomed people of color to subservience; it determined every aspect of life — the school you attended, the work you did, where you lived, which hospital and ambulance you used, whom you could marry, right down to which park bench you could sit on without facing arrest.

I know this because I lived it. Born in Cape Town in the 1930s, I went to work for The Rand Daily Mail in 1958, a Johannesburg-based newspaper that pioneered comprehensive coverage of black life in the mainstream press: the arrest every year of more than 350,000 black people who transgressed the “pass laws” that controlled where they were allowed to live and work; starvation in the rural areas, with babies dying from severe malnutrition; awful housing, transportation and health care; torture by the security police and detention without trial.

For more than a quarter-century, I reported and analyzed the evils of apartheid. Through my work, I became friends with black leaders, notably Nelson Mandela of the African National Congress and Robert Sobukwe of the Pan-Africanist Congress. With my editor, the renowned Laurence Gandar, I spent four years on trial for my reports about abusive prison conditions. I was denied a passport for five years.

However, unlike Israel, there are those in the Middle East who do practice various types of apartheid. For example, “Throughout the Arab world, gay, lesbian and transgender people face formidable obstacles to living a life of openness and acceptance in conservative societies” (New York Times, “Coming Out in Lebanon,” Laura Boushnak and Mona Boshnaq, Dec. 30, 2017).

And in fact, Israel can be seen to practice the opposite of apartheid, not only with Arab citizens of Israel, but also in the working conditions and benefits for Palestinian Arabs in the West Bank working alongside Israelis for Israeli employers.

A factor that generates false charges of apartheid is Israel’s security barrier – examples: “Leftists complain that the ‘Apartheid Wall’ separates Jews from Arabs, and thus must be torn down” (The Forward, David Haivri, January 2019); “Palestinians routinely refer to it as a ‘racist separation’ or ‘apartheid’ wall” (New York Times, Kershner, January 2017); “The cleric leading the service calls it an ‘apartheid wall’” (NPR, Emily Harris, May 2013); “On the Palestinian side, [it’s called] ‘the apartheid wall,’ because they consider it racist” (Cornell University Chronicle, George Lowery, July 2008).

Nevertheless, the purpose of the security barrier is to prevent Palestinian terrorists from murdering Israelis. It includes less than eight percent of the West Bank. The barrier was constructed in response to the “al-Aqsa intifada,” the 2000 – 2004 Palestinian terror war in which more than 1,000 Israelis – Jewish and Arabs, more than three-fourths of them non-combatants – and foreign visitors were murdered, most by Palestinian terrorists crossing unimpeded from the West Bank. The barrier’s completion has contributed significantly to the roughly 95 percent decrease in lethal attacks from the area.

And underscoring all this is the stark fact that there is only one country in the Middle East where Christians still live in peace and tranquility — the Jewish State of Israel. But evidently this reality was of no interest to Christian Science Monitor staffers Peter Grier and Ned Temko in the crafting of the CSM report.

•  “And while some opposition politicians object to the idea of moving Arab Israelis into a putative Palestinian state, broad support has emerged for unilateral annexation of the main West Bank settlements, even though such a move would be illegal under international law.”

But in fact, Israel’s government opposes this element in the peace plan that calls for the redrawing of Israel’s borders such that some Arab towns would be included in a future Palestine. And it’s unlikely that any future Israeli government would approve of it. Meanwhile, unsurprisingly, The vast majority, if not all, of those Israeli Arabs that would transition into Palestinian rule, are vigorously opposed to such a move.

As to the (alleged) illegality issue, it’s linked to the issue of the existence of the settlements (Jewish communities) located in part of the Jewish ancestral homeland, Judea and Samaria (West Bank). The existence of the settlements is not illegal: Basic international law in this case, the League of Nations’ Palestine Mandate, Article 6, calls for “close Jewish settlement” on the land west of the Jordan River. Article 6 is incorporated by Article 80 of the U.N. Charter, sometimes referred to as “the Palestine article.” The United States endorsed the mandate, including Article 6, in the 1924 Anglo-American Convention. The West Bank is not sovereign territory of any country, but rather land disputed by both Israel and the Palestinian Authority. It was illegally occupied by Jordan from 1948 to 1967, when Israel took control as a result of successful self-defense in the 1967 Six-Day War.

• “In Israel, and the West Bank lands that its army and settlers have occupied since 1967 …”

It’s not quite that simple. The fact is that Israel remains the legal, obligatory military occupational authority in the West Bank (with periods of a major military presence) as a result of successful self-defense in the 1967 and 1973 wars, pending conclusion of a negotiated agreement on the territories’ final status. This period included the first Intifada’s (1987 to 1992) organized attacks on Israelis. But with the resumption of organized Palestinian violence against Israelis during the second Intifada (2000 to 2005), Israeli troops in 2005 re-established a major presence in the West Bank. In any case, The Palestinian Authority has jurisdiction over the daily lives of almost all West Bank Arabs, with Israeli personnel only entering Palestinian communities to pursue terrorists. Israel left the Gaza Strip unilaterally in 2005. 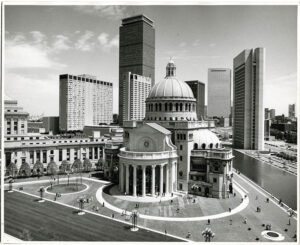 The Christian Science Monitor weekly news magazine is published by The First Church of Christ Scientist, founded in Boston in 1908 by Mary Baker Eddy. The Church is generally not considered a part of normative Christianity. Originally in newspaper form, the first issue of the Monitor appeared Nov. 25, 1908. Except for the absence generally of advertisements and the presence of a brief Eddy religious teaching in each issue, the glitzy magazine is quite similar to many, if not most, news magazines in terms of short-sighted (at least) coverage of Israel.

The Monitor’s coverage of Israel has mainly been problematic as is documented by CAMERA’s CSM page which goes back seventeen years. Likewise, CAMERA has prompted CSM to print corrections of errors in 2004, 2005, 2013 and 2016.

Thus, in the interest of responsible journalism, it would behoove key CSM staffers to come to terms with the realities cited in this report: Mark Sappenfield, CSM’s chief editor, and Yvonne Zipp, CSM’s digital daily edition editor.