CiF Watch, a CAMERA affiliate, has prompted correction of a book review in The Economist which falsely identified the Israeli town of Kochav Yair as a “fanatical settlement.” The May 3 review (“Making of a martyr“), had stated: “One of the most fanatical settlements, Kochav Yair, is named after [pre-state Lehi leader Avraham ‘Yair’ Stern].”
CiF Watch noted last week that Kochav Yair is not a settlement, as is shown by this Google map. 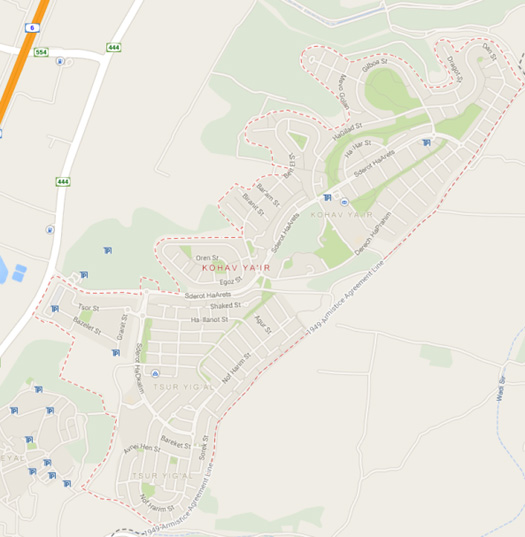 Moreover, CiF Watch added, in the last national elections in 2013 a majority of Kochav Ya’ir residents (according to official results) voted for centre and left-wing political parties.  In fact, while Likud-Israel Beiteinu was the party which attracted the greatest percentage of votes overall in the country, the top vote-getters in Kochav Ya’ir were centrist Yesh Atid and the left-wing Labor Party (at 24 and 21 percent respectively).

So, Kochav Ya’ir is clearly not a “settlement,” nor does it appear to be at all “fanatical,” wrote CiF Watch.
Following communication from CiF Watch, Economist editors revised the false assertion, and commendably appended to the following to the bottom of the article:

While Kochav Ya’ir was removed from the original sentence, the article still claims that an Israeli settlement named after Stern is ‘fanatical’ – yet fails to inform readers which settlement, CiF Watch reported. The updated post reads: “One of the most fanatical settlements in named after him.”

CiF Watch said The Economist may have been referring to the outpost of Ya’ir Farm (which is indeed named after Ya’ir Stern) and have requested clarification from editors.
For additional Economist corrections prompted by CiF Watch, please see here.
Donate Now