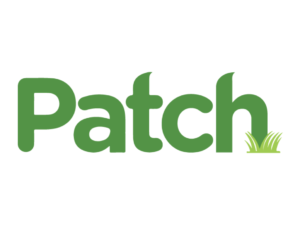 The Needham, Massachusetts site for the Patch, a network of locally-oriented news websites, has printed an article amplifying and promoting Amnesty International’s campaign against TripAdvisor and other online travel companies’ business in Israel. (“TripAdvisor Criticized for Palestine Listings,” July 10, 2019.) Although a local outlet, the site is important because TripAdvisor’s corporate headquarters – and employees – are in Needham.

In January of this year, Amnesty International announced its campaign titled “Destination: Occupation,” targeting online travel companies that list tourist destinations in Judea and Samaria, as well as in eastern Jerusalem. As CAMERA explained in February, the report denies Jewish history, ignores both terrorism and Arab states’ attacks on Israel, implicitly legitimizes Jordan’s 1948 ethnic cleansing of eastern Jerusalem and the West Bank, and, in its conclusion, explicitly calls for further ethnic cleansing of Jews from the West Bank and eastern Jerusalem.

Amnesty not only proposes, as an earlier campaign against Airbnb did, that Jews should not live in the West Bank, it goes even farther and attempts to limit Jews’ ability to even visit the West Bank and eastern Jerusalem. While Amnesty has a history of singling out Israel for disproportionate condemnation and relying on demonizing rhetoric rather than facts, this report is particularly malevolent because it targets private businesses and attempts to coerce them into signing on to Amnesty’s bigotry.

Amnesty has now doubled down on its initial claims, writing an open letter to TripAdvisor employees, asking them to pressure their employer to comply with Amnesty’s demands. Troublingly, local Patch reporter Jimmy Bentley decided to assist Amnesty with its anti-Israel propaganda.

Bentley shows that he is either highly partisan or simply ignorant about the region by referring to “Israeli settlements in Palestine.” The headline similarly states, “TripAdvisor Criticized For Palestine Listings.” Of course, there is currently no sovereign entity known as Palestine, nor has one ever existed in the past. The territory in question is properly referred to as “disputed.”

Bentley uncritically quoted Amnesty’s false claim that “to make way for their [i.e., settlements] construction, Israel has demolished tens of thousands of Palestinian homes, forcibly displaced large portions of the population and diverted water and other Palestinian natural resources for settlement use.” While Israel does destroy buildings that were built without permits in areas under its jurisdiction, to the extent that there are property disputes, Palestinians have access to the Israeli court system, which fairly adjudicates claims. In most parts of the West Bank, the Palestinian Authority is responsible for providing water to Palestinian residents, and no water has been “diverted” by Israel.

The Patch further echoed Amnesty’s false claim that, “the settlements have had a devastating impact on Palestinian communities over the past five decades.” As noted previously on CAMERA’s website, it’s not the settlements that have caused checkpoints and the security barrier, it is terrorist attacks that have caused them. Moreover, the Palestinian Authority incentivizes those attacks by paying salaries to convicted terrorists. None of this, however, matters to Amnesty – or, apparently, to the Patch.