Following communication from CAMERA, NBC corrects an article which last week erroneously reported that Israeli Prime Minister Benjamin Netanyahu promised two ministries to the extreme-right Otzma Yehudit (Jewish Strength) party in exchange for merging with the right-wing Habayit Hayehudi (Jewish Home.) Otzma Yehudit is the progeny of Meir Kahane’s Kach party, which had been banned from the Knesset in 1988 for inciting racism.

The article, “Benjamin Netanyahu’s embrace of far-right extremists may seal his fate,” had originally falsely stated that “Netanyahu’s Likud said it would grant two ministries to [Benzi] Gopstein’s [Otzma Yehudit] party if victorious” : 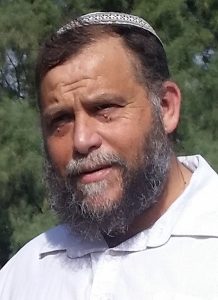 In fact, Netanyahu did not promise Gopstein’s party two ministries. The promise of two seats was to Bayit Hayehudi (Jewish Home), a mainstream party not accused of racism. The Jerusalem Post, for example, reported:

The sweetener Netanyahu offered to a reluctant Bayit Yehudi includes two cabinet seats for the list, as well as the 28th spot on the Likud’s list, to which Netanyahu is allowed to appoint someone. The Bayit Yehudi representative on the Likud list would move back to his or her party after the election.

In response to communication from CAMERA, NBC corrected the article, with the passage in question now accurately stating that:

Netanyahu’s Likud party said it would reserve the 28th spot on its parliamentary list for the Jewish Home party and grant it two Cabinet ministries in a future government if it merged with the Jewish Power party.

Contrary to standard journalistic practice, NBC did not append a note to the article alerting readers to the correction.