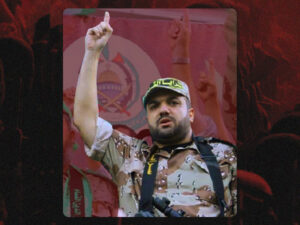 Abu Bakr al Baghdadi was a “terrorist” who led a “terrorist group” that committed “acts of terror” before ultimately losing his life during a U.S. “counterterrorism action,” the New York Times reported in numerous stories following the ISIS leader’s death in late October.

Those are all accurate, precise terms to describe the head of an organization that’s clearly guilty of targeting civilians with violence for political aims.

But now, two weeks later, after Israel’s military killed senior Palestinian Islamic Jihad leader Baha Abu al-Ata, the T-word is nowhere to be found in the New York Times report about the incident. More puzzling is that the first versions of the article, published in the early morning hours of November 12 after the terrorist was killed, did accurately note Islamic Jihad’s terror designation — but that information was later scrubbed from the story.

Like ISIS, Islamic Jihad is indeed designated globally as a terrorist group, including by the European Union, United States, Canada, Japan, and others.

Like al-Baghdadi, Abu al-Ata is a senior leader of an organization responsible for countless attacks targeting civilians, including mass casualty bombings of Israeli restaurants, markets, buses, and shopping malls. In one of many such attacks, an Islamic Jihad suicide bomber walked into a crowded falafel stand in April 2006 and detonated his explosives, killing 11 people including an American teenager who succumbed to his wounds on Mother’s Day.

The fact that Islamic Jihad is “listed as a terrorist organization by many countries,” as the overnight versions of the Times article had initially explained, is obviously relevant to readers hoping to fully understand why Israeli might view Abu al-Ata as a military target. But sometime between 9:30 and 10:15 this morning, an editorial decision was made to remove the passage explaining Islamic Jihad’s classification as a terrorist organization, and to replace this description with vague, watered-down language that mitigates the nature of the terrorist group, portraying it as one that merely takes “a harder line toward Israel” than Hamas.

Who made that editorial decision? And why?

Update: A follow-up story also refrained from describing Islamic Jihad as a terrorist group, in contrast with the newspaper’s contemporaneous practice.

See also: After a 2014 terror attack on Jews praying in a Jerusalem synagogue, the New York Times likewise decided to cut from its story Secretary of State John Kerry’s impassioned condemnation of Palestinian incitement, which he said was directly responsible for the slaughter. You can read about that here.