CAMERA prompts AP corrections after photo captions erroneously referred to "some 5 million Palestinian refugees who were displaced during the 1948 war" as receiving UNRWA's services. That figure is really under 30,000.

CAMERA prompts improved language in a Times of Israel article which was unclear about the number of living Palestinian refugees. The Times of Israel adds that the figure is in the low tens of thousands.
In a pair of articles this fall, the New York Times ignored the violence and persecution faced by Iraqi Jews in the 1940s and 50s, suggesting that nearly the entire community "left" or "departed" inexplicably.

What did Washington Post columnists Sally Quinn and Richard Cohen have in common early in December? Lack of journalistic skepticism in helping Ari Shavit promote his new book that recycles false Israeli 'massacre' allegations and charges of 'nakba' dispossession.

In a particularly compelling story about Eritreans held captive in the Sinai by Bedouin kidnappers, a recent segment of NPR's This American Life omitted some important context about Israel's treatment of immigrants.

On June 12, The Washington Post published two solid articles on news involving Israel. But on June 22, the newspaper was back in "Palestinian default mode," Arab-Israeli blinkers firmly in place for "No respite for Palestinian refugees" that had, to be conservative, a few flaws. 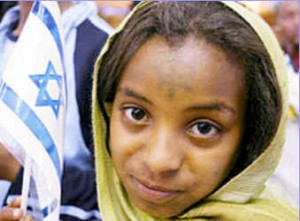 Recent press attention has focused on the repatriation of illegal African migrants from Israel. Very little of it has explained the context and difficult challenges facing Israel as a result of large-scale illegal immigration, particularly by non-Jews. None has included mention of Israel's history of welcoming refugees from around the globe.
The competing "narratives" about the War of Independence lie at the heart of the Arab-Israeli conflict. If, as the Arabs and most Europeans believe, Israel was born in original sin, if the Jews really did ransack placid Arab villages, then Arab hatred for Israel would be understandable, as would their fundamental refusal to really make peace. But the Arab narrative is wrong – Israel was not born in original sin. Once the Arabs finally face the facts, a peaceful end to the conflict might be possible.
What does an academic journal with a self-proclaimed “dedication to accuracy” do to make right with its readers after it dramatically misinforms them about an important historical document? In the case of the Journal of Palestine Studies, it apparently threatens legal action.