CAMERA contacted Reuters editors after seeing a skewed headline that once again reversed the perpetrator and victim to whitewash Palestinian terrorism. The headline was meant to describe a situation where a Palestinian stone-thrower pursued by Israeli soldiers exited his car to stab one of the soldiers in the neck before being shot by his wounded victim. We pointed out that it just this sort of reporting that gives many news agencies a reputation for unprofessional, biased reporting. Editors responded by thanking CAMERA for alerting them, apologizing and correcting the headline. 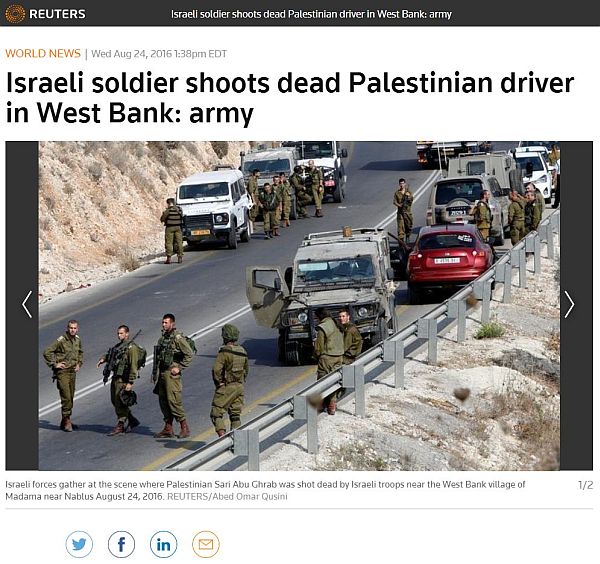