The more Israel and Gulf states advance in the historic process of normalization, the more The Los Angeles Times struggles to shoehorn the expanding ties into the narrow prism of old dogmas about Israeli-Palestinian relations. With Bahrain's readiness to recognize Israel, the Times is forced to retreat from earlier reporting that UAE stands alone.
NBC's Ayman Moyheldin clarifies after misleadingly tweeting that in Israel, "interfaith civil marriage is not allowed." But given the lack of separation of religion and state in Israel, civil marriage is not an option for any couple, including those of the same faith.
The Washington Post's arguments against the recent peace deals between Israel and the United Arab Emirates, known as the Abraham Accords, are nonsensical at best. The Post's opinion section turns logic on its head for partisan purposes.
CAMERA prompts correction of a Reuters article which erroneously reported Israel's current unemployment rate as higher than 20 percent. The actual figure is 12 percent.
The Middle East Institute which promotes itself as an unbiased player among Washington’s Middle East think tanks, has opened itself to serious criticism over Lustick’s highly unbalanced, anti-Israel piece in MEI’s Middle East Journal.
September 18, 2020
As anyone with a passing familiarity with the region knows, there have been no Israeli settlements in Gaza since 2005.
September 16, 2020
In response to communication from CAMERA, UPI promptly corrects an article which reported that wanted Palestinian Marwan Abusrour is believed to be residing in his "native countr[y,] "Palestine," referring to the Palestinian Authority.
CAMERA prompts correction after The New York Times misreported that the Israeli NGO Yesh Din found that of over 1200 investigations of violence allegedly perpetrated by Israelis against Palestinians, only 8 percent resulted in indictments. In fact, Yesh Din's investigation covered a wide variety of offenses, only 36 percent of which (less than 470 incidents) involved violence.
For weeks while communities in Israel burned, many major U.S. news outlets kept silent. As CAMERA tells JNS, Gaza-based terror groups have been launching incendiary devices into southern Israel, resulting in major damage. Yet, mainstream Western media has failed to provide meaningful coverage.
The National Interest, which seeks to fashion "a new foreign policy consensus based on civil and enlightened contention," fails to correct after erroneously citing Tel Aviv as Israel's capital and mistakenly referring to the "return" of east Jerusalem, the West Bank and Gaza Strip to Palestinians.
Fox News wrongly refers to "Palestinian lands that the United Nations has deemed illegally occupied territory." While the UN considers settlements illegal, it has not deemed the occupation of disputed West Bank land illegal.
In Arabic and French, AFP rightly reports that the Kerem Shalom crossing was reopened over a week ago and fuel deliveries to Gaza resumed following a three-week closure. The English report, in contrast, misleadingly reports only that crossing was closed last month, ignoring its subsequent reopening.
It is common for many pundits to assume that the U.S.-Israel security relationship dates back to the founding of the Jewish state. But as CAMERA wrote in The National Interest, it wasn't until September 1970 that the modern U.S.-Israel alliance was born.
Update: Reuters corrects after misreporting that Turkey is among the American allies to have purchased the F-35 advanced fighter jet. In fact, the U.S. cancelled the deal after Turkey bought Russia's S-400 air defense system.
In recent weeks, Palestinian arsonists have launched dozens of incendiary balloons every single day; not dozens over the last few weeks, as an AP photo caption erroneously stated.
While in English AFP correctly identified Kibbutz Ma'anit, internationally recognized as located within Israel, the Arabic article falsely labeled the community as a "settlement," reflecting Islamist and leftist tendencies to delegitimize the entire Jewish state.
In a report about 12 rockets fired at southern Israel from the Gaza Strip Aug. 21 overnight, Reuters neglects to mention that a home in Sderot was hit and suffered heavy damage. The article noted only that "buildings and vehicles" in Sderot were hit.
Donate Now 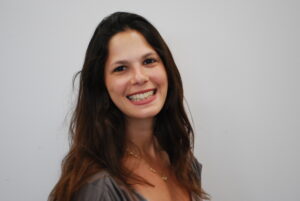