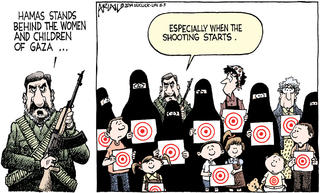 Al-Jazeera America’s program Talk to Al-Jazeera has aired several repeats of a mid-August half-hour conversation between program host Tony Harris and Kenneth Roth, Human Rights Watch (HRW) executive director. HRW benefits from what NGO Monitor Executive Director Gerald Steinberg has termed “the halo effect” implied by its self-description as a human rights organization. But like others of its ilk, especially Oxafam and Amnesty International, it subjects the Jewish state to an inordinate degree of scrutiny and consistently casts it as a villain while being far less critical of terrorist groups like Hezbollah and Hamas or countries with records of human rights violations, including Saudi Arabia and Libya under the late Muammar Qaddafi.  HRW not only acknowledges its anti-Israel bias, it tried to leverage it to fund-raise in Saudi Arabia in May, 2009, as NGO Monitor noted at the time (“Focus: HRW raises funds in Saudi Arabia by demonizing Israel,” May, 2009 Digest). As a result, Roth’s accusations defaming Israel fit well with Al-Jazeera America, a sort of Trojan horse in American news media, whose owner/operator, the wealthy Middle East nation of Qatar, is a prime financer of Hamas whose reason for existence is to destroy Israel and kill Jews.

HRW’s anti-Israel activities have been exposed by CAMERA. HRW’s extreme bias against Israel compelled its founder, Robert Bernstein, to break with it and found a new group, Advancing Human Rights. Bernstein wrote several commentaries admonishing Human Rights Watch for its unfair treatment of Israel. In an article published in The New York Times on Oct. 19, 2009, Bernstein wrote,

Leaders of Human Rights Watch know that Hamas and Hezbollah chose to wage war from densely populated areas, deliberately transforming neighborhoods into battlefields. They know that more and better arms are flowing into both Gaza and Lebanon and are poised to strike again. And they know that this militancy continues to deprive Palestinians of any chance for the peaceful and productive life they deserve. Yet Israel, the repeated victim of aggression, faces the brunt of Human Rights Watch’s criticism.

Roth falsely accuses Israel of violations of rules of war

On Talk to Al-Jazeera, Roth condemns both Hamas and Israel as violators of the Geneva Conventions and rules of war but typically saves most of his arrows for Israel,

The Geneva Conventions impose rules that are designed to spare civilians as much as possible in such a conflict. With respect to Hamas, they completely prohibit the indiscriminate rocket attacks aimed broadly at Israel – basically targeting the Israeli population. With respect to Israel, they’ve been violating the Geneva Conventions by targeting a series of civilian structures where there’s no military justification for doing that. Whether that’s hospitals, homes where you’re seeing (indistinct) civilians. In one case, two dozen civilians were killed because maybe there was one militant there. No one would ever justify an attack like that. Israel killing young boys on the beach because they were running away from a structure that was being shelled as if anybody would stand next to the stricture as it was being shelled. Time after time, we have seen Israel violating the rules that say you have to make sure that what you are targeting is a legitimate military target and only aim at that and only do it in circumstances designed to minimize civilian casualties. Israel is violating that left and right.”

This Roth anti-Israel monologue is typically misleading and inflammatory. Israel’s efforts to destroy missiles before they can be fired at Israeli civilians, even if that places Palestinian civilians at risk, seems to conform to the laws of war, especially when care is taken to minimize that risk, including text messages, cell phone calls and other unprecedented warnings. It is mistaken to contend also that Hamas has no choice but to place rocket launchers among Gaza civilians since there is considerable open space in the Strip. That might well increase the risk to Hamas missile launchers, but that is both part of its obligation not to unduly endanger the residents of the Gaza Strip and its vulnerability since it chooses to operate as a terrorist organization and not a lawful military.
Beyond this, placing your own civilians around or near a military target to act as “human shields” is prohibited by the Fourth Geneva Convention – and the presence of a protected person may not be used to render certain points or areas immune from military operations. Furthermore, Article 58 of Protocol 1 Additional to the Geneva Conventions of 1977 (which the Palestinian Authority has accepted) goes even further in this regard, requiring that Hamas remove Palestinian civilians from the vicinity of its military facilities, which would include any place where weapons, mortars, bombs and the like are produced, stored, or fired, and any place where its fighters train, congregate or hide.

Roth claims that Israel has targeted civilian structures with no military justification thus violating Geneva conventions. But it’s well documented that Hamas hijacks UN facilities in Gaza for terrorism. UN forces discovered Hamas rockets hidden in three UN schools. Even Al-Jazeera itself, posted a (short-lived) video report showing Hamas’ placement and firing of missile launchers next to a civilian structure. Al-Jazeera, however, quickly removed the video from online. Presumably, the reason for this was the realization of the negative implications for Hamas. Moreover, approximately half the number of Palestinian Arabs killed have been males of combat age, not civilians, according to analyses of Palestinian statistics by CAMERA and others, and Israel Defense Forces assertions that up to 900 of the approximately 2,000 Gazan deaths have been members of Hamas, Palestinian Islamic Jihad and other terrorist groups.

Roth and Al-Jazeera’s Harris maintain their slant by not mentioning that Israel provides extensive humanitarian support for civilians in the Gaza Strip. Even as Hamas fires thousands of mortars and rockets into Israel and digs infiltration tunnels to facilitate terrorist attacks, Israel sends thousands of trucks carrying hundreds of thousands of tons of food, medicine and other humanitarian assistance into Gaza and supplies electricity and water.

Roth leaves no doubt that he believes Israel to be in the same category as Syria, the Islamic State in Iraq, and Russia. Roth, replying to host Harris’ questions, links Syria to atrocities, Russia to inhuman actions, ISIS to human rights violations. Nowhere in the program does Roth makes any accusations of massacres – but he accuses only Israel (and Hamas to a lesser degree) of war crimes violating Geneva Conventions.

Dutifully prompted by AJAM’s Harris (“What are your thoughts about the blockade?”), Roth pontificates,

I think that, you know, Hamas’s main demand is that the siege be lifted and Israel has legitimate and illegitimate reasons for wanting that siege. The legitimate one is to try to stop the import of rockets that are being used to indiscriminately shell Israeli citizens. The illegitimate reason is – they are trying to punish the people of Gaza for having chosen Hamas. So, where Hamas is legitimately objecting to the siege is because Israel is basically trying to, you know, destroy the Gazan economy, preventing import or export of the most basic goods to try to just, you know, harm the Gazan people enough so that ultimately, they may choose to get rid of Hamas. That’s wholly inappropriate.

Neither Roth nor Harris deal with the reality that Hamas is an international terrorist organization, so designated by Israel, the United States, Canada, Japan, European Union and other countries. Unmentioned also is its constant demand for “resistance” – anti-Israel terrorism – or its genocidal charter calling for the replacement of Israel by an Islamic theocracy and a war against all Jews. That the Israeli-Egyptian partial blockade, not “siege,” of Gaza was imposed only after thousands of rocket attacks on Israel and Hamas’ ouster of the Palestinian Authority’s ruling Fatah movement in a “Five-Day War” in 2007. It is used primarily to prevent materials for building rockets and terror tunnels from entering the Gaza Strip.

Approaching the end of the broadcast, the implied reliability of Roth’s assertions is promoted by touting his supposed main qualification. Replying to Harris’ demand (“I want you to talk about your father”), Roth hastens to explain that he came to his work with HRW as a result of his father’s childhood experiences in Nazi Germany as a Jewish survivor. Thus, ipso facto, viewers are supposed to accept Roth as, if not being beyond reproach, then at least having elevated standing in his condemnation of the Jewish state. This imputed inoculation fails. Roth qualifies as a Hamas apologist by his blatant distortion, “… Israel killing young boys on the beach because they were running away from a structure that was being shelled as if anybody would stand next to the structure as it was being shelled.” Roth, and HRW’s halo, when it comes to Israel, slipped off long ago. Al-Jazeera America’s use of HRW for its own anti-Israel purposes merely confirms the drift.