Time.com published a CAMERA piece on July 29 2014, How Hamas Wields Gaza’s Casualties as Propaganda discussing the significance of the ages and genders of fatalities reported by the Palestinians in Gaza during the Israeli military operation from July 7 through July 26, 2014. The large portion that are young males between the ages of 17 and 30 years old raises doubt about the claims that 75 percent or more of the fatalities are uninvolved civilians.

Below is a graph of the male fatalities by age. The x axis is age, the y axis is the number of fatalities at the corresponding age.

Not included are some 42 individuals identified as combatants but for whom no age was given. Including these combatants would further emphasize the demographic spike in young males between 17 and 30 years old. 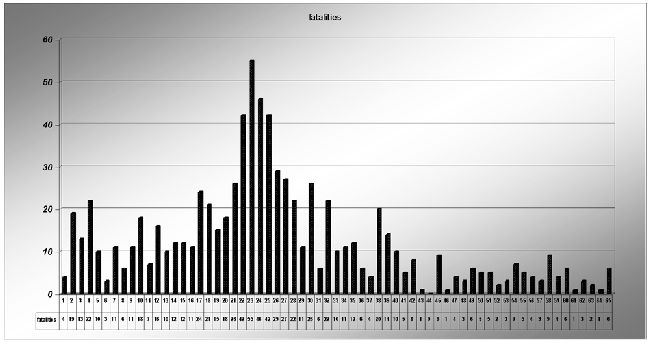