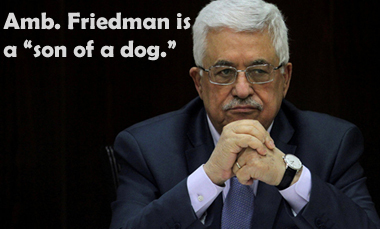 When Palestinian president Mahmoud Abbas called the U.S. ambassador a “son of a dog,” the New York Times didn’t cover the slur…

On Monday, the Palestinian president called an American ambassador a “son of a dog.” On Tuesday, a handful of U.S. news outlets mentioned Mahmoud Abbas’s verbal attack on Ambassador David Friedman, the top U.S. diplomat in Israel. The New York Times was not among them.

It is a striking omission from a paper that, at other times, seems fixated on events in that part of the Middle East. Indeed, the same newspaper that ignored Abbas’s slur, which the U.S. State Department slammed as “outrageous and unhelpful,” had in 2016 covered a much milder critique by Israeli prime minister Benjamin Netanyahu of the previous American ambassador. After Netanyahu described a statement by ambassador Dan Shaprio as “unacceptable and incorrect,” the New York Times not only covered Netanyahu’s response in a news story, but also focused an editorial on what it described as his “unfair” remarks. 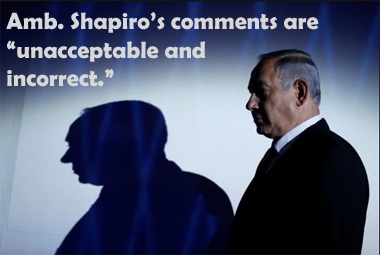 …but when Israeli prime minister Benjamin Netayahu said comments by the previous ambassador were “unacceptable and incorrect,” it was covered in a news story and slammed in an editorial.

How is it newsworthy when a prime minister says an ambassador’s words are “unacceptable and incorrect,” but not when a president describes an ambassador as a “son of a dog”? The skewed news judgment is likely to deepen concerns that the New York Times tends to ignore or downplay news that reflects poorly on the Palestinian government while shining a bright light on perceived missteps by the Jewish state.

In recent months, the Times has also neglected to forthrightly report on anti-Semitic comments and unhinged conspiracy theories by the Palestinian president. By contrast, when a 10-year-old recording of Benjamin Netanyahu’s wife screaming into a telephone surfaced, the newspaper was on the story. It has also recently referred to “crude behavior” by the prime minister’s son.

Clarification: The search engine on the New York Times website searches articles by the newspaper as well as articles by the Associated Press and Reuters. The two wire services covered Abbas’s remarks; the Times did not, and did not use the AP or Reuters stories for its own print or online editions.