Those are the moral principles we live by, he told a German reporter who challenged him on the practice.

I felt awful having these stories bottled up inside me

Readers of today’s New York Times won’t learn about Zarif’s ugly affirmation. But they might come across another bit of news about Iran — news that potentially explains why the paper didn’t feel Zarif’s statement about the “morality” of deadly persecution was fit to print.

In a sparse story today, the newspaper explained that Iranian authorities “have barred the Tehran-based correspondent for The New York Times from working for the past four months.” Thomas Erdbrink, the correspondent in question, had his press credential revoked last February.

The Times noted that it went public with the news in response to “recent speculation and comments on social media.” Indeed, Erdbrink’s disappearance from Twitter, and from the Times news pages, didn’t go unnoticed.

I reached out to NYT this morning as there have been rumors on social media https://t.co/UStffZ5sBf NYT decided to make public given the increased speculation about Erdbrink’s absence: pic.twitter.com/9ocYD7rvlv

The newspaper’s bland story about Erdbrink seemed carefully crafted to downplay the news. “There are some indications this will be resolved soon,” readers are told. “It is rare, but not unheard-of, for governments to suspend or invalidate the credentials of foreign correspondents,” they learn.

Left unsaid was why the Times had kept the story under wraps for four months. 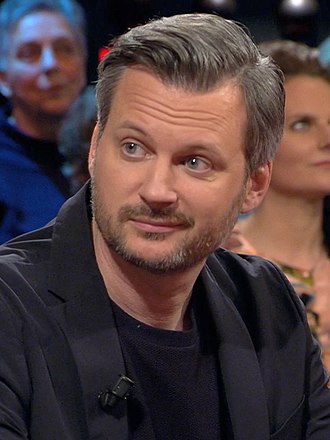 The likely answer is that editors believed self-censorship was in the best interest of the newspaper or its reporter. Normally, news that high profile reporters in international hot-spots lost their press credentials is quickly reported. When Israel temporarily revoked press credentials from two reporters in 1988, for example, the New York Times covered the story on the very same day, even though neither reporter worked for the Times, and though the revocation of the press cards didn’t, in this case, prevent them from working.

So why is it different in the case of Thomas Erdbrink?

Those who make it to the final paragraph of today’s Times story find a possible hint about why the news was first concealed, and then sterilized: Jason Rezaian, the Washington Post’s former correspondent in Iran, had been “imprisoned for 544 days by the Iranian authorities,” the Times noted.

But this acknowledgement, too, felt insipid, without context, and protective of Iran. The paper didn’t explain that Rezaian said he had been psychologically tortured while in prison; it didn’t note that Iran had recently slipped even further toward the bottom of a Reporters Without Borders press freedom index; it didn’t mention the leak of documents earlier this year that revealed Iran had arrested or executed 860 journalists since the country’s Islamic revolution in 1979.

If this — news that is reported with fear and favor — is the trade-off for keeping Erdbrink safe in the short term, readers might hold their noses and wait it out. If, on the other hand, it’s a trade-off for the newspaper’s access to Iran, that would be reason to sound the alarm. Because timid reporting comes with a cost — to readers, reporters, and the lives of bystanders.

In 2003, CNN’s chief news executive Eason Jordan came clean. His network, which had a bureau in Saddam Hussein’s Baghdad, chose not to cover atrocities by the regime — “awful things that could not be reported because doing so would have jeopardized the lives of Iraqis, particularly those on our Baghdad staff,” Jordan explained.

A local cameraman working for CNN was abducted and tortured. The broadcaster remained mum. Saddam Hussein’s son murdered two of his brothers in law. CNN knew about the planned assassinations, and might have prevented them, but chose not to report its discovery. A woman was tortured, murdered, and dismembered for the crime of speaking to CNN. This, too, was ignored. “I felt awful having these stories bottled up inside me,” Jordan confessed after Hussein was finally toppled.

Peter Collins, who reported for CNN at the time, followed up with his own account, which suggested the “most trusted name in news” had more selfish reasons for the self-censorship. The network wanted an interview with Saddam, and was ready to bend on journalistic ethics in order to get one, Collins argued.

And in his book From Beirut to Jerusalem, Thomas Friedman admitted that while he was a reporter for the New York Times, stories reflecting poorly on Palestinian leaders “were deliberately ignored out of fear,” and as a result of “physical intimidation.”

These belated admissions might have calmed consciences. But they don’t change the fact that countless trusting news consumers were misled — not only about overseas conflicts, but also about the reliability of news reporting from repressive regimes.

And while the New York Times might be quick to argue its operation in Iran is somehow different than these examples (and plenty of others like them), we should be skeptical of any such assurances. After all, only months before the CNN executive’s anguished Op-Ed, he had given a different and much more self-congratulatory account to NPR’s On the Media.  CNN had “reported forthrightly” from Iraq, he insisted. Clearly it hadn’t.

Did CNN and other news networks do more harm than good by allowing themselves to be manipulated by Iraqi thugs? Shouldn’t they have provided the public with at least a broad idea (if not specifics that could have endangered sources) of what was going on? Why were CNN and other news bureaus unwilling to take the obvious option of simply yanking their reporters in protest? Why be at all accommodating to a cruel dictator with a horrendous pattern of human rights abuses? These are issues that should be examined in great depth by the media and public.

These questions are relevant to the New York Times in Iran, too.

After four months of Erdbrink being silenced, and of his newspaper being silent, rumblings on Twitter compelled the Times to lift a corner of the curtain to reveal, in minimum detail, their reporter’s situation.

It’s a start. But this incident should put readers on notice: There are important things the newspaper isn’t inclined to share from Iran. And this willingness to self-censor potentially impacts any story published from the country (along with, of course, those stories it chooses not to publish).

The public should demand a further accounting from editors. Why did the newspaper sit on the story? Was Erdbrink or his family in Iran threatened in any way? Has the regime laid out conditions, explicitly or implicitly, for the renewal of press credentials?

If the Times can’t forthrightly answer such questions for fear of imperiling safety or access, then that itself is important to convey, one way or another, to those relying on the newspaper for unvarnished coverage. Erdbrink deserves his employer’s support. But readers deserve candidness about what can and can’t be expected from the paper’s reporting from Iran.