A Jan. 29 BBC Web site news story about the bombing of a Jerusalem bus in the Rehavia neighborhood that day was accompanied by a map 37 years out of date. Pictured below, it includes an area southeast of Rehavia labeled “No Man’s Land”:

While that portion of the city was a “No Man’s Land” from 1948 until 1967, when Jordan illegally occupied half the city, it has been fully under Israel’s control since then. Pictured below is a map of the divided city from 1948 to 1967 (Martin Gilbert’s Atlas of the Arab-Israeli Conflict, page 51): 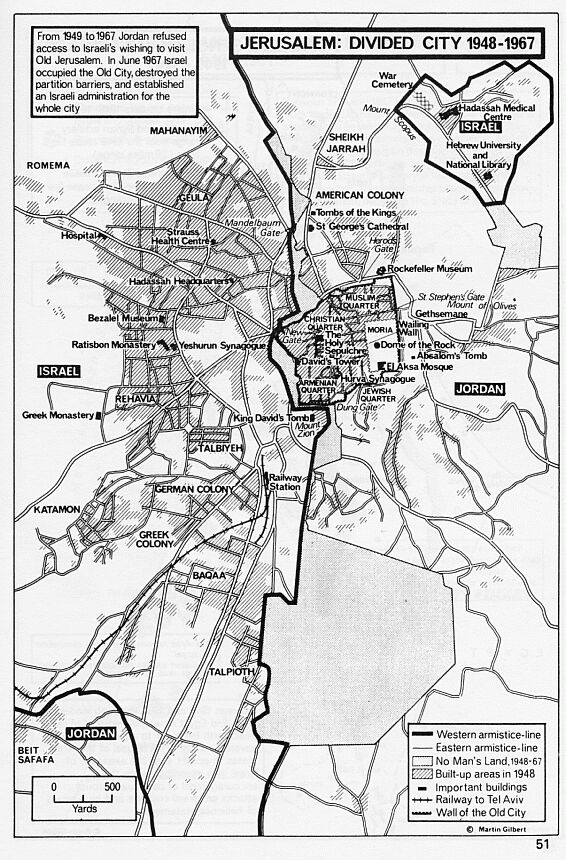 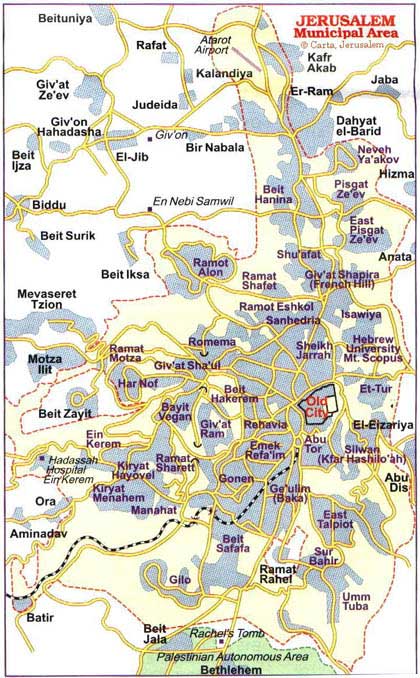 One can only speculate as to why BBC used an old and outdated map to indicate the site of a Palestinian terrorist attack, rather than an up-to-date map showing that it was in the heart of Israel’s capital city.