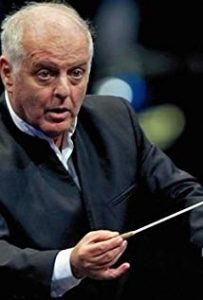 CBS has a history of contributing to the myth that the conflict between Israel and the Palestinians continues due in no small part to alleged Israeli intransigence. The latest example is an Aug. 19, 2018 segment of 60 Minutes, which itself is a repeat of an April 1 segment dealing with Israeli conductor Daniel Barenboim’s work supposedly “bridging the Middle East conflict with music.” Barenboim, who was born in Argentina and grew up in Israel, founded in 1999 and conducts the West-Eastern Divan orchestra based in Seville, Spain. It consists of Israeli, Palestinian, Syrian, Egyptian, Jordanian, Lebanese, Iranian and Spanish musicians. However, while bridges may have been built on a personal level between orchestra members, there is no indication that any bridging of the Middle East conflict has been accomplished by the orchestra during its 19 years of existence.

In fact, the conflict has been unbridgeable due to various factors starting with cradle to grave Islamist indoctrination of the Palestinians engendering hatred of Jews and the belief that they don’t belong in the Middle East (more below). On the other hand, the Israeli population, as is generally the case in Western cultures, is fostered with a belief of live and let live.

CBS correspondent Holly Williams introduced the segment, noting that Barenboim started “his own orchestra for young musicians from Israel and the Muslim world and [took] on a subject that’s as contentious as it gets – the conflict in the Middle East. His work has earned him Palestinian citizenship and charges of treachery from some of his fellow Israelis.”

Williams, falsely equating Israeli government policies with those of other Middle East governments, notes that “Some of the young musicians on stage at this summer concert in Berlin are Iranian, Syrian, Palestinian. Others are Israelis, all playing in perfect harmony, even as their governments threaten to destroy one another. It is surprising …” Barenboim responds likewise, “Surprising, because from the education and where they come from, they are taught the other is a monster. In the orchestra, we have equality.”

Williams tells viewers, “Last summer, Barenboim took us to a fault line in the Middle East conflict, the Palestinian city of Ramallah on the Israeli-occupied West Bank, where he has another musical project. It’s just a few miles from Jerusalem, but sealed off behind a long security wall that snakes its way across the Palestinian countryside.” Barenboim adds, “The occupation is horrific for the Palestinians, but it’s not good for Israel.”

Williams comments that Barenboim “says the wall only serves to deceive.” Speaking with the conductor, she asserts, “I mean, this makes many Israelis feel safe in their own homes. Barenboim replies, “But they’re not. They’re not.” Williams: “So it’s a lie?” Barenboim: “Well, I wouldn’t say it’s a lie. It’s a make-believe. Israel will have full security when there is justice for the Palestinians.”

At the end of the 15-minute segment, Barenboim is shown speaking to an audience attending a performance of his orchestra, “Jewish blood runs through my veins and my heart bleeds for the Palestinian cause.”

Illusions in the segment

• Barenboim opines, “… from the education and where they [Iranians, Syrians, Palestinians, Israelis] come from, they are taught the other is a monster.” But this claim falsely groups Israel with the others. Israel does not inculcate hatred of others while the Palestinians, for example, have for decades regularly demonized Jews. Recent examples are plentiful. The Middle East Media Research Institute (MEMRI) showed in April 2018 how Palestinian Authority TV claimed that the Holocaust was a lie. The PA grotesquely asserted that “many Israelis, or many Jews, colluded with Hitler, so that he would facilitate the bringing of settlers to Palestine.” Palestinian Media Watch (PMW) in April 2018 showed how PA TV, using a photo of Jewish victims of the Nazis, doctored the photo to falsely portray Arabs being victimized by Jews. Likewise, Palestinian schools encourage youngsters to perpetrate violence against Jews.

Palestinian leader Mahmoud Abbas, like Yasser Arafat before him, preaches hatred. For example, he is shown on television in April 2018 demonizing Jews and Israel in a speech to the Palestine Liberation Organization parliament. He is seen claiming that the Jews “caused animosity toward themselves in Europe” [leading up to the Holocaust]. He also said, “history tells us there is no basis for the Jewish homeland.”

In another example, Abbas is shown on PA TV in 2015 teaching Islamist hatred of Jews, “We bless every drop of blood that has been spilled for Jerusalem, which is clean and pure blood, blood spilled for Allah, Allah willing. Every Martyr will reach Paradise, and everyone wounded will be rewarded by Allah. The Al-Aqsa [Mosque] is ours, the Church of the Holy Sepulchre is ours, and they [the Jews] have no right to defile them with their filthy feet. We will not allow them to, and we will do everything in our power to protect Jerusalem.”

• Barenboim asserts that the “occupation is horrific” but CBS could have informed viewers that pending a peace agreement, Israel remains the legal, obligatory military authority of the West Bank having taken that area in a war of self-defense in the 1967 Six-Day War. Israeli troops had withdrawn from the majority of Palestinian population centers in the West Bank after Israel and the PA signed an interim agreement on Sept. 28, 1995. But with the resumption of Palestinian violence against Israelis during the al-Aqsa intifada, Israel re-established its military presence in the West Bank. However, the Jewish state does not have a military presence in Palestinian cities except when there are security needs.

• The characterization of the “security wall” is misleading. The purpose of Israel’s security barrier is to prevent Palestinian terrorists from murdering Israelis. It includes less than eight percent of the West Bank. The barrier was constructed in response to the al-Aqsa intifada in which more than 1,000 Israelis – Jewish and Arabs, more than three-fourths of them non-combatants – and foreign visitors were murdered by Palestinian terrorists crossing unimpeded from the West Bank. The barrier’s completion has contributed significantly to the roughly 95 percent decrease in lethal attacks from the area.

While Barenboim has a been a long-time severe critic of Israel, others have severely criticized him. For example, a 2011 report by prominent Italian journalist and author Giulio Meotti commented on a concert in the Gaza Strip. Meotti wrote:

The Israeli pianist and conductor crossed a red line with a most unethical gesture. “We are playing this concert as a sign of our solidarity and friendship with the civil society of Gaza”, Barenboim said. He also wished “success” to the Hamas-Fatah unity agreement signed in Egypt.

Barenboim’s performances of Beethoven and Mozart can’t be an excuse for his political irresponsibility. For global public opinion he is an icon of tolerance and he must be judged by his actions. Barenboim refused to take part in Israel’s 60th anniversary festivities and in 2005, while signing a book that he had written with late anti -Israel activist Edward Said, he refused to be interviewed by a reporter for Israel’s Army radio simply because she was wearing an IDF uniform.

In 2008, Barenboim obtained a Palestinian passport, a gesture approved by the former Hamas-led Palestinian unity government. He then pledged allegiance to an anti-Semitic entity trying to eliminate the other country where Barenboim has a passport: Israel. In March 2002, Barenboim performed in Ramallah, when terror groups were launching suicide attacks against Israeli restaurants, malls and cafés.

CBS’s history of partisan reporting on the Arab-Israeli conflict is documented in these CAMERA reports:

For whatever reason, a report consistent with the reality of the Palestinian-Israeli conflict is not what CBS wants to provide. Based on its record, CBS’s coverage of the conflict  shouldn’t be considered reliable. The network owes the American people an apology for this journalistic malpractice.