CAMERA yesterday prompted correction of a letter-to-the-editor by Eitan Peled, a former programming director for Students for Justice in Palestine at UCLA and a current fellow with UNICEF, for his false claim that there are “hundreds of Palestinian children in Israeli military prisons.” 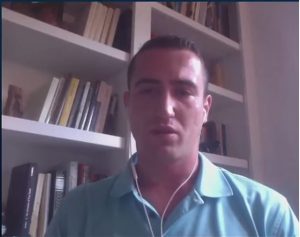 Boycotts are a time-honored tactic many progressive movements use to effect change. Our movement is no exception, with situations as dire as hundreds of Palestinian children in Israeli military prisons who were tried in a military court with a 99% conviction rate.

Furthermore, Lt. Col. (res) Maurice Hirsch, who served in the IDF Military Advocate General Corps for 19 years, told CAMERA: “The IDF does not have prisons for Palestinians. At most, the IDF has initial detention centers. If at all, Palestinian minors are held in these center for no more than 24 hours.”

CAMERA relayed this information to Los Angeles Times editors, and they commendably published the following correction in yesterday’s print edition:

As for the 99 percent conviction rate in Israel’s military courts, a criminal prosecutor has an obligation to bring only those cases in which there is substantial evidence to support a conviction. As CAMERA’s Karen Bekker previously reported:

Colonel Hirsch explained that, in the Israeli military system in the West Bank, a defendant who is acquitted is entitled to both damages and attorney’s fees. Such an award, of course, would be paid from the public purse, and would be in addition to the waste of public resources in the form of the prosecutor’s own time spent on a failed prosecution.

For this reason, IDF prosecutors are extremely careful about which cases they bring, and they only bring indictments in cases in which they have a high chance of success. Colonel Hirsch told CAMERA that during the time that he was in charge of the military prosecutors’ office, his instruction to his prosecutors was, “if you have any doubt, don’t bring an indictment.”