Get to know Hadar Sela

Q: Hadar, how did you get involved in monitoring the British media? What’s your background? 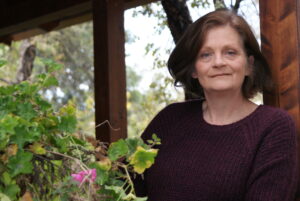 Hadar: I’m actually a nurse by training – specialized in emergency medicine and worked for many years as a community nurse in the Golan Heights. At the time of Operation Cast Lead in 2008/9 I was in the UK for family reasons and was horrified by the amount of misinformation and bias in the media there. I realized that as a polylingual British-Israeli, I could help counter that, and shortly afterwards I joined the group which set up CiF Watch to monitor anti-Israeli bias and antisemitism at the Guardian. When CiF Watch became part of CAMERA in 2012 I asked to concentrate on BBC content because there was no organization focusing solely on that at the time.

Q: Tell us a bit about the importance of the British media and how it impacts global coverage.

Hadar: The BBC is the largest media organization in the world, producing content in more than forty languages. It has the reputation of being a reliable and trusted source of news, which means that many other media outlets either reproduce its content or cite its reporting. Students, academics, teachers, British politicians, and lawmakers often reference BBC content too. Hence, when the BBC gets it wrong, so do very many others, and unfortunately that is not as rare as people may think.

Q: How do you go about countering bias and misinformation in the news? What advice would you give others who want to challenge flawed media narratives about Israel?

Hadar: The most basic tool is thorough research: uncovering the facts along with aspects of the story which may have been missed or ignored, in order to provide the full picture. For me an important part of what I do is being able to identify patterns in reporting because quite often the same inaccuracies or distortions are perpetuated over time if not called out. Getting the BBC to correct material is not easy; its complaints system is slow and cumbersome, so perseverance – often over a period of weeks or even months – is essential.

The most important advice I can give is to make sure that your facts are rock solid, which involves verifying information using multiple reliable sources.

Hadar: Making a difference; when the BBC does correct content, often after a long to-and-fro of e-mails, I know that I’ve helped ensure that what the BBC calls its ‘historical record’ is accurate. Another inspiring aspect of my work is the virtual community that has gelled around BBC Watch. Members of the public write to me every day with tips relating to BBC reports that they’ve seen or heard while going about their daily business and it’s heart-warming to see so many people getting involved in a proactive way.

Hadar: The team. One couldn’t ask for a more supportive and collaborative team of professionals who put so much energy and dedication into their work. In addition, one of the most rewarding and enjoyable parts of the job is when I get to meet and speak to CAMERA’s students, who are truly inspiring.

Hadar: I’m fascinated by the role played by women in pre-state Israel so it would be a women’s dinner: Sara Aaronson of Nili, Manya Shochat, Sara Chisik who was killed at Tel Hai, and the sculptor Batya Lishansky.

Hadar: Obviously the BBC! I don’t think its influence – and ensuing responsibility – can be over-estimated. One only has to look at the unsatisfactory manner in which the BBC covered the recent UK Labour Party antisemitism scandals to understand just how important it is that the information received by so many millions of people around the world be accurate and impartial.

Hadar: Grandchildren, gardening and walking. We have eight grandchildren (and counting!) who spend a lot of time with us and family Shabbat dinners are the highlight of the week. Gardening is my relaxation; I grow some of our fruit, vegetables, and herbs. I’m fortunate to live in one of the most beautiful parts of Israel with nature literally on my doorstep and long walks with the dog are a great get-away.