In response to communication from CAMERA’s Israel office, The New Yorker yesterday corrected an article which erroneously stated that Israeli naval forces shot to death a Gaza fisherman “ostensibly for sailing past the six-mile limit.” As first reported yesterday in CAMERA’s Snapshots blog, Bernard Avishai misreported in his Nov. 15 “Daily Comment” (“The Ceasefire in Gaza: A Turning Point for Hamas and Netanyahu“):

Yet it is anything but clear that the ceasefire will hold: during the agreement’s first hours, Israeli naval forces reportedly killed a young Gazan fisherman, ostensibly for sailing past the six-mile limit. (Emphasis added.)

Yet, according to both the Israeli military and the Hamas-controlled Gaza Health Ministry, Nawaf Ahmed Mohammed al-Attar was shot dead while on the beach. According to the Israeli military, he was shot dead for approaching the security fence. According to the Gaza fishermen’s union, he was shot dead while he was working on the beach. The Palestinian Center for Human Rights, on the other hand, maintains he was in the water 100 meters off from the shore – well within the six nautical mile fishing zone – a claim contradicted by both the IDF and the Gaza Health Ministry. (There are 1,852 meters in a nautical mile.) 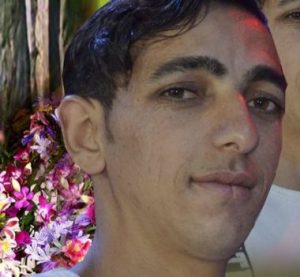 The Associated Press reported the day of the incident (“The Latest: Group says strikes damaged dozens of Gaza homes“):

The Israeli military says a Gaza fisherman was killed by Israeli fire in northern Gaza Strip was illegally advancing toward the security fence dividing Gaza and Israel.

The military said in a statement that the army shot him Wednesday in adherence with military protocol for anyone approaching the fence at that range.

The fishermen’s union says the 20-year-old man was working on the beach near the land-maritime fence separating Gaza from Israel when he was shot in the stomach.

According to the Times of Israel:

A Gaza man was shot dead by Israeli troops Wednesday after approaching the security fence on the Israeli border, according to the Hamas-controlled Gaza health ministry, as tensions persisted after a ceasefire Tuesday ended some of the heaviest fighting in years.

The Israeli military confirmed that soldiers opened fire as a group of Palestinian men were spotted walking toward the border fence in the northern Gaza Strip, near the Israeli community of Kibbutz Zikim.

According to media reports, the suspect was shot as he continued approaching the fence despite warning shots being fired. . .

Palestinian media outlets reported that al-Attar had been killed at sea — something the IDF denied.

In response to communication from CAMERA, New Yorker editors removed the unfounded statement that the fisherman was killed for “ostensibly for sailing past the six-mile limit.” The current wording, accurate though incomplete, is:

Yet it is anything but clear that the ceasefire will hold: during the agreement’s first hours, Israeli naval forces reportedly killed a young Gazan fisherman.

The improved wording nevertheless omits mention of the information from the IDF and the Hamas-run health ministry that the fisherman was approaching the Gaza security fence near Kibbutz Zikim, and according to the IDF, ignored warning shots to stop.