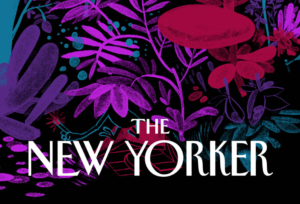 Consistent with the New Yorker’s history of misleading readers about Israel, Adam Entous’ 15-page 13,000-word screed, The Enemy of My Enemy, claims that there is a plan afoot to fight Iran, the participants in which are the United States, Israel and the Gulf Arab states; the plan will leave the Palestinians abandoned. In support of this thesis, Entous presents numerous statements that he attributes to a dozen or so current and former political leaders and other officials. Several key quotes cannot be confirmed. In connection with his contention that Israel is mainly to blame for the failure to negotiate a peace agreement with the Palestinians, the writer presents this vignette:

In late September, 2016, Obama flew to Israel for the funeral of Shimon Peres, the former Prime Minister, who shared the 1994 Nobel Peace Prize with Yasir Arafat and Yitzhak Rabin for his part in the Oslo Accords. The signs of a shifting political climate were clear. [Palestinian Authority President] Abbas attended the funeral, but he wasn’t acknowledged by any of the Israeli leaders in their remarks. After the [funeral] service, veterans of the negotiations gathered on the terrace of the King David Hotel, in Jerusalem, for an impromptu lunch. Martin Indyk, the former U.S. special envoy for Israeli-Palestinian negotiations, told the group, ‘This is the wake for the Oslo process.’

Abbas attended the funeral, but he wasn’t acknowledged …

Does Entous mean to convey the idea that Indyk predicated a demise of the Oslo peace process on Peres’ death or due to the alleged failure to acknowledge the presence of Abbas at the funeral? Perhaps it is both. The writer is unclear. Either way, however, the quote cannot be confirmed. Furthermore, Entous is, at the least, making a mountain out of a molehill in his “Abbas … wasn’t acknowledged” remark. He fails to note that Abbas was seated in the front row at the funeral as noted by journalists (and as photos show) and many journalists found noteworthy the handshake shared by Abbas with Prime Minister Netanyahu (as photos show).

When Obama and the American delegation arrived back in the U.S. [after Peres’ funeral], they learned that the Israeli government had approved the building of a new settlement in the West Bank. A top Obama adviser said that the move amounted to an unmistakable ‘F.U.’

Whether or not some advisor actually said anything similar to what is attributed here, the reality is that only one new Israeli settlement, Amichai in February 2018, has been constructed in more than two decades. In fact, what was announced by the Israeli government at the time was the approval for construction of a number of housing units within a single existing settlement on Jewish owned land. Agence France Presse (Oct. 6, 2016) referred to this happening, “A picture taken on Oct. 2, 2016 shows a general view of an Israeli building site of new housing units in the Jewish settlement of Shilo … Plans for 98 of the 300 units have so far been advanced …”

Readers could have been informed of such relevant information as the fact that the Israeli settlements were created after the 1967 Six-Day War for security and ideological reasons and were supported by both of the major Israeli political parties, Labor and Likud. In many places, historic Jewish communities were re-established after having been destroyed by Arab fighters and prohibited to Jews during the Jordanian occupation of 1948-67.

Late in Obama’s second term, Secretary of State John Kerry brought to the White House a stack of maps of the West Bank that were prepared by the State Department and vetted by U.S. intelligence agencies. Kerry spread out the maps on a large coffee table. As Frank Lowenstein, one of Kerry’s top advisers, put it to me, the maps allowed him to see “the forest for the trees.” When the settlement zones, the illegal outposts, and the other areas off limits to Palestinian development were consolidated, they covered almost sixty per cent of the West Bank. “It looked like a brain tumor,” an official who attended the session told me. “No matter what metric you’re using—existing blocs, new settlements, illegal outposts—you’re confronting the end of the two-state solution.”

Moreover, as has been envisioned in various peace plans, Area C is expected to be handed over to the Palestinians as part of a future Palestinian state, with Israel retaining various areas contiguous to Israel. It’s noteworthy that Abbas has rejected such plans. As to “new settlements,” as noted above, only one new settlement has been constructed in more than two decades and “illegal outposts” are being eliminated and regardless, they constitute only a tiny portion of land.

Meanwhile, Israel remains the legal, obligatory military authority of the West Bank having taken that area in a war of self-defense in the 1967 Six-Day War. Israeli troops had withdrawn from the majority of Palestinian population centers in the West Bank after Israel and the PA signed an interim agreement on Sept. 28, 1995. But with the resumption of Palestinian violence against Israelis during the second intifada (2000 to 2005), Israel re-established its military presence in the West Bank but does not have a military presence in Palestinian cities except when there are security needs.

The “West Bank,” or Judea and Samaria (as referred to both biblically and historically), constituted the heartland of ancient Israel. Communities of Jews had been working the land there long before the Arab conquest of the area. It’s where, according to the biblical account (Genesis 12:7), God unconditionally promised the land to the patriarch Abraham and his covenantal offspring. Hebron in the West Bank is where all of Israel’s patriarchs and matriarchs are buried with the exception of Rachel who is buried outside Bethlehem, also considered to be located in the West Bank. Hebron, the second holiest of Judaism’s four holy cities, is mentioned 87 times in the Bible. Shechem, located in the northern West Bank, is mentioned in 41 Bible verses. Joseph, son of Jacob, who was sold into slavery according to the biblical account, came into power in Egypt and later blessed his family, is buried in Shechem.

In a June NPR interview, Entous re-stated his New Yorker argument blaming mainly Israel for failure to make progress on a peace deal,

[Israeli Prime Minister] Netanyahu’s vision is basically that trying to negotiate a deal with Mahmoud Abbas, the president of the Palestinian Authority, is unlikely to succeed because Abbas will not agree to the kinds of concessions that Netanyahu would need in order for him to sell to an increasingly right-wing Israeli population such a deal. So that, in Netanyahu’s mind, is off the table.

But Entous’ view is misleading. The Palestinian Authority insists on various conditions unlikely to be accepted by any Israeli government before peace negotiations can take place, including Israel abiding by Palestinian refusal to recognize Israel as a Jewish state (for those who support this demand, evidently 22 Arab Muslim states is fine but one Jewish state is one too many) and Israel’s acceptance of a “right of return” for millions of Arabs (nearly all of whom have never lived in Israel), which would inevitably result in the Jewish state becoming unviable. Additionally, making any peace agreement likely unworkable is the reality of recurring violence incited by longstanding and relentless anti-Israel and anti-Jewish invective from Palestinian media, mosques and schools. Such incitement to violence violates Article 26 (2) of the U.N. Universal Declaration of Human Rights, as well as Israeli-Palestinian agreements. 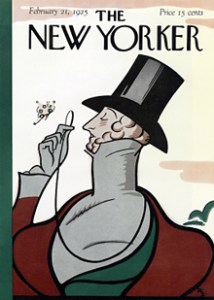 The New Yorker magazine, founded in 1925, says about itself, “The tone and direction of the magazine have evolved since its founding editor, Harold Ross, first envisioned a publication of ‘gaiety, wit, and satire.’ … The New Yorker offers a signature blend of news, culture, and the arts.” But the “news” part is clearly biased against the Jewish state.

In the interest of responsible journalism, the magazine needs to rethink its bias against Israel.