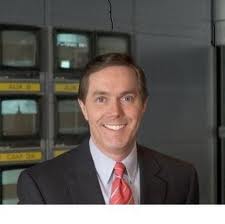 Steve Scully – to all intents a successful broadcaster – and C-SPAN, the television network he plays a major role in – routinely indulge numerous callers (and sometimes even guests) in on-air defamation of Jews and the Jewish state. This phenomenon, potentially seen by millions of Washington Journal viewers, is a chronic problem. For example, Scully is silent in the face of a February 2009 caller’s falsehood-filled, anti-Israel rant: “The first thing that the pre-Israelis did was to burn the courthouses and they also massacred three villages of people, two Muslim and one Christian, and therefore the entire land did open up in front of them, that was in ’49, to where they could march in and say, ‘Oh, gee, the land was abandoned.'”

Similar examples abound (see below). Where Jews and Israel are concerned, Scully appears unable or unwilling to distinguish between fair comment and incitement, between criticism and hatred. Whatever the reason, permitting antisemites and anti-Zionists to use Washington Journal as a megaphone ought to be out-of-bounds at C-SPAN.

Yet Scully, the call-in show’s quintessential host, personifies Journal’s anti-Israel, anti-Jewish problem. Do other minority groups – ethnic or religious – regularly become the subject of abuse and conspiracy-mongering on Journal? No. Are countries other than Israel regularly vilified? No. Do other Journal hosts follow Scully’s lead? It would appear so.

Does all this matter? Yes. C-SPAN is a major broadcaster with potentially millions of listeners across the country (the network claims 28 million weekly viewers).

Examples are plentiful. What follows is by no means a complete list of Scully’s problematic performances. Consider these September 2013 calls:

• “Thanks for the call” was Scully’s complete reaction to frequent caller Kate’s three-minute uninterrupted diatribe about Syria’s civil war. It included this inflammatory falsehood equating U.S. and Israeli actions to Syria’s use of sarin gas to kill its own citizens: “What’s the difference in using napalm on children in Vietnam, white phosphorus on Palestinian children by Israel, or sarin gas and we don’t know who used this [in Syria]. Who are we to be lecturing about this?” The guest spoke more than five minutes without addressing this defamation. No one informs C-SPAN viewers that Israel used white phosphorus (which is not a chemical weapon or any other kind of weapon) in Gaza much like U.S. and coalition forces did in Afghanistan for smoke camouflage and marking. No interruption by Scully to note that all the evidence pointed to the Syrian government in the August 21 deaths of more than 1,400 people, apparently most non-combatants, from poisoned gas, or that U.S. and coalition forces in Afghanistan have not used chemical weapons at all.

• Scully is silent when caller Mike demands, “How can you sit there when the rebels that are in Syria are committing atrocities against the Christians, which we saw in Libya and we saw in Israel?” Addressing this claim, the guest said only, “There are no Christians in Libya.” No one informs viewers that Israeli policy and practice forbids military aggression against civilians and only a handful of violations have been documented against Israeli Arabs since the country’s founding in 1948.

• “Okay” was Scully’s response to caller Arbella after encouraging her to continue ranting by asking, “And the impact all of this has on the presidency?” This followed the caller’s charge, “This is not our fight. This [U.S. policy toward Syria’s civil war] is about Israel and the $30 billion we give them every year.” No one informs viewers that Israel has little to do with Syria’s civil war or that the claimed amount of U.S. financial aid to Israel is exaggerated by a factor of ten.

No one tells C-SPAN viewers of the mutually beneficial relationship between America and Israel. At least three points are relevant here. First, financial (military only) aid to Israel constitutes only a tiny portion of the federal budget (less than 0.1 percent). Second, Israel is required by U.S. law to spend most (74 percent) of the U.S. aid (which totals $3 billion per year) in the United States for the purchase of military materials which helps create or sustain thousands of American jobs. Third, cooperative arrangements with Israel provide technology benefits to America related to unmanned aircraft, anti-missile defenses, battlefield medical techniques – and intelligence on anti-U.S. as well as anti-Israeli Arab and Islamic radicals.

• Scully says only, “James, thanks for the call,” responding to the caller’s defamatory remark, “I am so sad because all of the suffering going on in the world. And Israel is committing violent acts against their people.” But what acts by Israel is James alleging? Typically, the question is not asked.

• Neither Scully nor guest addresses caller Shirley’s defamatory remark relating to Syria’s civil war, “What about the big warlock, Israel? Can’t they handle it? It is in their backyard.” A “warlock” (a witch or demon imagined to have special powers derived from the devil)? or “war-like”? On C-SPAN, apparently one can say anything about Israel, superstitious or unsubstantiated, without much fear of being challenged.

Arab-Israeli history shows defensive and pre-emptive strikes by Israel against countries and movements that have attempted or threatened to destroy it, but no parallel Israeli threats to wipe its neighbors off the map. An objective host might have pointed out this basic fact, or at least asked if the caller considers any other country in the Middle East to be a “big warlock.”

• Both Scully and guest are silent to caller Michael’s antisemitic, anti-Israel rant, demanding that America should not support Israel “because we are a Christian nation” unlike Israel.

• “Thanks for the call” is Scully’s complete response to caller Tyrone’s antisemitic, anti-Israel rant, “The Project for a New American Century – this is a neocon Zionist Jewish group and their goal … overthrow of seven countries in five years – Iraq, Libya, Syria, Iran, Venezuela, North Korea and the Sudan … the group puts a lot of pressure on Obama.” Likewise, the guest fails to refute.

• “Your point is what?” That was Scully’s follow-up to caller Freddie’s lengthy falsehood-filled racist diatribe, “The people that’s running Israel came from Poland and Russia. They’re not the indigenous Israelites… They [Syria] are not threatening us. They’re probably threatening Israel because Israel’s taking their property, their land and trying to run the Middle East. Let’s look back. Let’s have some segments on who the
true Jews are. They own your judicial system, your financial system, your news media and everything else. They’re one percent of our population but they’re running the world. And we’re not waking up to them.”

Scully’s question-as-cue gave caller Freddie the chance to follow up: “My point is that this is all behind Israel taking over the Middle East.” The guest responded with a partial rebuff, “I don’t agree with you for a minute about who owns what with respect to the media, finance system or any of that. I just think that’s a myth.”

Neither host nor guest points out to C-SPAN’s audience that the caller had definitively exposed his racist views when he made the claim that the Israeli Jews are “not the indigenous Israelites.” This ideological tic, shared by more than a few white and black supremacists, seems to be a variant of the 19th century British-Israelite myth. This fantasy held that the biblical Ten Lost Tribes of Israel were early settlers of the British Isles, making modern Britons “the original Hebrew Israelites.” The extreme right-wing “Aryan Nation” and “Christian Identity” movements in late 20th century America held to a version of this myth. So too, changing geography to account for racial differences, do some followers of Rev. Louis Farrakhan’s Nation of Islam movement. They repeatedly use descriptions like “the so-called Jews that are in Israel right now are not the Jews from Israel,” that is, not descendants of biblical Jews.

In fact, continuous Jewish diaspora history, from the Roman expulsions to the rebirth of Israel as a Jewish state, and modern DNA testing, which indicates strongly both Jewish geneological continuity and Middle Eastern origins, contradict the “British Israelite,” “Hebrew Israelite,” and “Christian Identity” myths. Not that viewers would learn this, in response to contradictory fantasies, from Washington Journal.

• Scully is characteristically silent in response to frequent caller Doug’s February 2013 falsehood filled, antisemitic attack on the Jewish guest, a former U.S. ambassador, “The first phrase out of your guest’s mouth was the reference to Iran’s nuclear weapons program. Anyone who knows anything about the Middle East knows there is no proof of such a program. I also know that [guest] Marc Ginsberg is a neo-conservative Zionist who wants the United States fighting Israel’s wars. I think it’s about time that Marc Ginsberg hopped on an El Al flight and performed aliyah [move to Israel].”

Ambassador Ginsberg only gently rebuffs, “Well, what kind of a response to a person who, first of all, wants to shoot the messenger because he doesn’t like the facts?” Lacking is forthright identification of caller Doug as a self-exposed antisemite.

• Scully may have revealed something about his attitude during a February 2011 segment about the then-presumed soon-to-take-place departure of Libya’s leader Muammar Gaddafi when Scully (who rarely if ever jokes on-air) referring to an unfounded rumor circulating, joked: “I saw the other day that he [Gaddafi] does have Jewish roots. Technically he could go to Israel because of his grandmother …” The Gaddafi-has-a-Jewish-grandmother story brings to mind the recurrent libel alleging that infamous Jew-haters including former Iranian President Mahmoud Ahmadinejad and Nazi leader Adolf Hitler had Jewish ancestors.

Washington Journal hosts, including Scully, regularly cut off (or at least discourage) callers who disparage particular religious/ethnic groups – with the exception of Jews/Israel. A recent example is the Sept. 22, 2013 broadcast when host John McArdle at 7:41 AM immediately cut off “Tom” when he uttered the word “blacks” in disparaging black Americans. But only 27 minutes earlier, McArdle had indulged and even encouraged caller “Mary” after she uttered the word “Zionists” (used frequently by C-SPAN ranters, and other anti-Jewish/anti-Israel types, as a euphemism for Jews) in a disparaging remark relating to Jews.

hosts, including Scully, regularly cut off (or at least discourage) callers who disparage particular religious/ethnic groups – with the exception of Jews/Israel. A recent example is the Sept. 22, 2013 broadcast when host John McArdle at 7:41 AM immediately cut off “Tom” when he uttered the word “blacks” in disparaging black Americans. But only 27 minutes earlier, McArdle had indulged and even encouraged caller “Mary” after she uttered the word “Zionists” (used frequently by C-SPAN ranters, and other anti-Jewish/anti-Israel types, as a euphemism for Jews) in a disparaging remark relating to Jews.

The record, clearly shown by video clips and transcripts at C-SPAN Watch, proves that Washington Journal routinely accepts callers’ anti-Jewish racism and anti-Israel defamation including blaming Jews for problems throughout the world. No other ethnic or religious group has been subjected to such continuous and virulent defamation on the network. Israel is the only country defamed on a regular basis by a cadre of determined, indulged callers who are rarely challenged by hosts or guests.

One of the most troublesome aspects of this chronic problem is C-SPAN management’s complete indifference to it – a refusal to respond to complaints or acknowledge it in any way. C-SPAN is long overdue, whether due to ignorance or design, to correct Journal’s journalistic malpractice of allowing inflammatory, antisemitic fallacies to be disseminated to millions of potential viewers. Cable television viewers should e-mail, call or write TV providers (cable or satellite) and urge them to call for an end to this chronic problem. Keep in mind that a portion of your cable/satellite fees supports C-SPAN.