In response to communication from CAMERA, Voice of America has deleted a video which grossly overstated the number of refugees in the Gaza Strip suffering from poverty and unemployment. The June 12 video, “110-Year-Old Palestinian Man Has Lived in Refugee Camps for 72 Years,” cited five million refugees facing these difficulties, which is more than double the number of the entire population in the Gaza Strip.

Nearly five million refugees in the Gaza have been suffering for years from poverty and unemployment due to the conflict with Israel and the Islamic group Hamas. The UN, through its aid programs, offers them essential services including health care and schooling.

The total population of the Gaza Strip – refugees and non-refugees – is less than two million, according to the Palestinian Central Bureau of Statistics. According to UNRWA, the UN agency charged with caring for Palestinian refugees, “The Gaza Strip is home to a population of approximately 1.9 million people, including some 1.4 million Palestine refugees.” (The United Nations applies a unique definition of “refugee” in the Palestinian case, including also the descendants of refugees. The figure of 1.4 million refugees includes a few thousand Gazans who became refugees in 1948 and are still alive, along with their nearly 1.4 million offspring.)
According to World Bank statistics, in the last quarter of 2019 42.7 percent of the Gaza Strip’s work force was unemployed. Even if  all of the unemployed are refugees, thereby reaching the maximum possible figure, then the unemployment figure is still significantly smaller number than the 1.4 million reported refugees, as the population is extremely young, and many are not of the employable age. 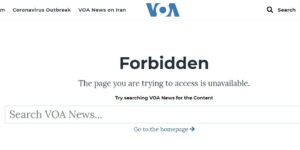