CAMERA’s Israel office yesterday prompted correction of numerous Associated Press captions which had misidentified Palestinians who violently clashed with police at Jerusalem’s Damascus Gate as “worshippers.” The April 24 captions had referred to Palestinians in Gaza “in solidarity with fellow Palestinian worshippers in Jerusalem.” A sample follows: 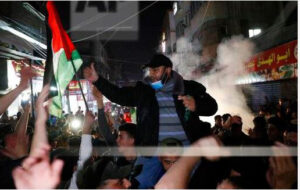 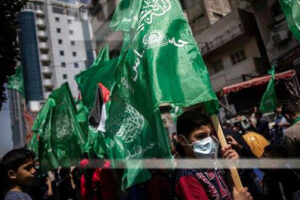 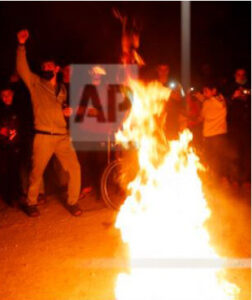 In response to communication from CAMERA, AP commendably corrected all of the relevant captions. The amended captions, appearing in the news service’s photo archive under the prominent heading “Correction,” no longer refer to “worshippers in Jerusalem.” Instead, the captions now accurately state: “Palestinian demonstrators who have been clashing with Israeli police outside Jerusalem’s Old City following the closure of a popular Ramadan gathering spot.”

In response to communication from CAMERA on April 29, AP corrected a news story from that day which also erroneously referred to Palestinians who violently clashed with police as "worshippers." The article, "Abbas delays Palestinian elections; Hamas slams 'coup,'" had stated:

The dispute has taken on greater import since the start of the holy month of Ramadan, as Muslim worshippers have clashed with Israeli police over restrictions on gatherings.

As a result of CAMERA's communication with editors, AP replaced the "worshippers" with "protesters" the day the article appeared. CAMERA's quick follow up in the same news cycle meant that secondary media outlets which carried the AP story, such as The Washington Post, published the correct information.