In response to communication from CAMERA, Haaretz editors commendably amended the online article, which now accurately refers to Tlaib as “the first Palestinian-American woman representative in Congress.” Although the error appeared in the print edition, Haaretz did not publish a print correction.
Last week CAMERA’s Washington D.C., office prompted correction of the identical error at The Hill. 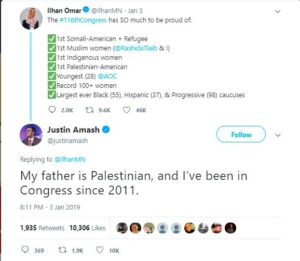