CAMERA prompted a Reuters correction about Israel’s capital in a story about Saudi Crown Prince Mohammed bin Salman’s acknowledgement of a Jewish right to self-determination in Israel. Reuters originaly referred  to a rapprochement between Riyadh and “Tel Aviv” to denote the seats of governments of Saudi Arabia and Israel. Below is a screenshot: 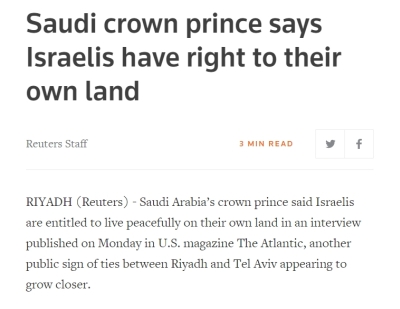 But following communication with CAMERA, Reuters editors acknowledged and apologized for the error and corrected, referring now more accurately to “the two countries” rather than to “Riyadh and Tel Aviv”: 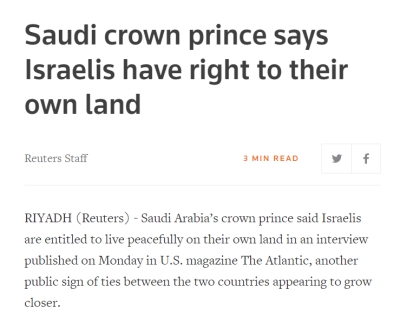 CAMERA commends Reuters editors for their immediate attention to the matter.