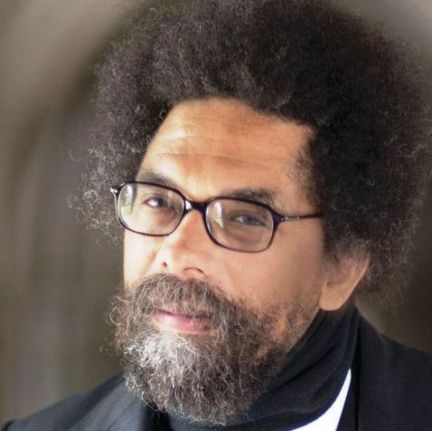 Cornel West
(The clip can be seen here)

Why West’s Charge is Invalid

West seems to have been referring to claims originating with Hamas and pro-Hamas sources during the 2014 Hamas-Israel war in the Gaza Strip – a war that was initiated by Hamas, the terror group that seized control of the Gaza Strip and is sworn to the destruction of the Jewish state. As CAMERA has previously pointed out:

During the Cast Lead operation (Dec. 27, 2008 to Jan. 18, 2009) and Protective Edge, the 50 day conflict between Israel and Hamas during the Summer of 2014, the media accepted without hesitation the fatality tallies provided by the U.N., even though the UN relies on the information provided by a terrorist entity, Hamas, that is a party to the conflict and has an obvious interest in misrepresenting the make-up of these fatalities. It is a curious thing, that so much credence is given to figures provided by a terrorist organization with a poor record of accountability, while contradictory figures from Israel, a country with a proven record of conducting independent investigations, are dismissed.

Both in 2009 and 2014, even as hostilities flared, information provided by the Palestinians themselves cast doubt on the claims that civilians made up the vast majority of fatalities. In both cases, independent Israeli organizations conducted investigations of the identities of the listed fatalities by the Palestinians.

A study by the Meir Amit Intelligence and Terrorism Information Center disclosed that more than half of those killed in the 2014 conflict, for whom sufficient information existed to categorize their status, were identifiable as members of terrorist organizations or participants in the hostilities. To avoid the accusation of partisanship, the Center’s report exhaustively catalogs each individual, showing the evidence of their participation in the hostilities and affiliation with terrorist groups.

Beyond the unreliability of the statistics themselves is the fact that Prof. West takes them out of context and distorts them into a claim demonizing Israel as vicious and ruthless baby killers. Even the questionable sources claiming over 500 innocent children killed, acknowledge that the majority (greater than 65 percent) were neither babies nor toddlers, but minors between the ages of 7-17, used by Hamas as pawns or human shields in the terror group’s war against Israel.  Yet Professor West repeatedly refers to 500 “babies” being killed (presumably because it stirs more empathy and emotion and serves better as a propaganda claim, no matter that it is false).

As to the question of why any minors at all were killed, it is relevant to note that Gaza Strip terrorist leaders used Palestinian civilians as human shields during Operation Cast Lead  in 2008-9 and again in Operation Protective Edge in 2014.

The evidence of Hamas use of human shields during Operation Cast Lead includes the firing of rockets at Israel from densely populated neighborhoods.

During  Operation Protective Edge, schools and playgrounds were specifically chosen to store and fire weapons from them. And rockets were routinely launched from civilian areas, including schools. For example:

You can’t have a right wing government that allows for the killing of 427 precious Palestinian babies.

Indeed, West has been repeatedly  lionized for his anti-Israel propaganda by the extremist anti-Israel and anti-U.S. site Electronic Intifada.

More recently, West has come out in support of the anti-Semitic Boycott, Divestment and Sanctions (BDS) campaign against Israel, demonizing Israel as a “settler-colonial enterprise,” and has spoken out against AIPAC, the bipartisan pro-Israel lobby group.

Unlike West, a BDS supporter who regularly rails against Israel, Dr. King – the person being commemorated — strongly supported Israel and its security needs.

In  a 1968 speech, Dr. King explained his position on the Jewish state:

Peace for Israel means security, and we must stand with all our might to protect its right to exist, its territorial integrity. I see Israel as one of the great outposts of democracy in the world, and a marvelous example of what can be done, how desert land can be transformed into an oasis of brotherhood and democracy.

The issue of Israel separates Martin Luther King from Cornel West, just as this broadcast is another instance of  how C-SPAN’s programming,  which so often functions as a source of unchallenged anti-Israel propaganda, can be distinguished from responsible journalism.