Here is what you need to know about Gilad Atzmon:

There’s plenty more where that came from, but the key point is clear. Gilad Atzmon is a vile antisemite, and he doesn’t care to hide it.

So be it. The world has its skinheads. And it has fellow travelers who prefer other hairstyles. Important, but not extraordinary. What’s notable about Atzmon, though, is that he has prominent allies, enablers, and defenders. And those defenders face no consequences for joining hands with an anti-Jewish bigot. 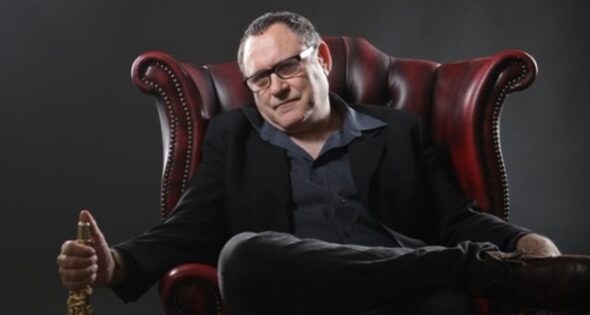 Perhaps the best known of Atzmon’s defenders is John Mearsheimer, a distinguished professor at the University of Chicago. Mearsheimer even wrote a blurb for a 2011 book by Atzmon — a book about Jews, naturally — which the professor heartily recommended.

The very act of endorsing Atzmon’s book is, of course, an affront. Can you imagine a well-regarded professor at a prestigious university encouraging students and the wider public to read former KKK leader David Duke?

But it gets worse. After Mearsheimer faced inevitable criticism for promoting an anti-Jewish bigot, he teamed up with Stephen Walt, his one-time coauthor and a professor at Harvard, in an impassioned  defense of Atzmon’s integrity. “I do not believe that Atzmon is an anti-Semite,” Mearsheimer insisted in a piece solicited and published by Walt. A few paragraphs later, he discarded any equivocation: “[The] charge that Atzman is a Holocaust denier or an apologist for Hitler is baseless. Nor is Atzmon an anti-Semite.”

Not an antisemite? Feel free to revisit the bullet points at the top of this piece. Atzmon is guilty of nearly every variant of antisemitism invented in the long history of the world’s oldest hatred, short of the view that Jews are shape-shifting lizard people from space.

By exonerating Atzmon, Mearsheimer went from endorsing an antisemite’s book to the greater sin of endorsing the antisemite himself, and defending his antisemitism.

And it gets worse yet. Walt and Mearsheimer’s fervent defense of Atzmon’s hate speech appeared in Foreign Policy, a mainstream publication in which Walt has a recurring column.

We don’t know whether his editors paused to consider whether pro-antisemite polemics are in line with the Foreign Policy brand. We do know that Walt is still a regular contributor to the publication.

And what about Mearsheimer, the man who, in exculpating Atzmon from the charge of antisemitism, gave a thumbs up to denying the Holocaust, to slurring modern Jews as Christ-killers, to casting American Jews as disloyal citizens, to invoking the Protocols of the Elders of Zion, and to alleging the Jews seek world domination? Was he, at least, rejected by polite society? Not quite. Just last week Mearsheimer was welcomed onto the New York Times Opinion pages to pen an Op-Ed on world affairs.

Walt and Mearsheimer have insisted that criticism of Israel is a “third rail” for American writers. What we actually learn from the duo, and their continued prominence long after advocating for Gilad Atzmon and defended his bigotry, is that, alas, even antisemitism is not a third rail.