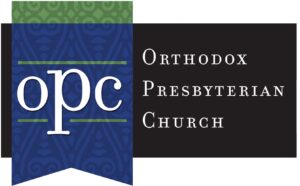 In the wake of the second deadly attack in six months on American Jews in their houses of worship on Shabbat, David French, a member of the Orthodox Presbyterian Church (OPC), published an article in National Review titled, “Dealing with the Shock of an Evangelical Terrorist.” The piece demonstrates an honest attempt to grapple with the fact that a person affiliated with the same Christian denomination of which he, French, is a member, could enter Chabad of Poway near San Diego, CA on the last day of Passover and kill one person while wounding three others.

In his article, French made an understandable attempt to separate the beliefs and actions of the Poway shooter from the theological position of the OPC in relation to Jews and Israel. Unfortunately, however, the result was an ill-informed defense of his opinion that the beliefs of the OPC, or “any church’s adherence to so-called ‘replacement theology,’” do not make antisemitism acceptable in any way.

The OPC’s adherence to “so-called ‘replacement theology’” – which results in the belief that “the nation of Israel, as it existed as the people of God in the Old Testament is no more” – is quite evident on their denomination’s website. On a page devoted to a question and answer concerning the OPC and national Israel, the Westminster Confession of Faith and Catechisms, chapter 19, paragraph 3 is quoted. It purports in part that “God’s people in the Old Testament are a church under age,” and that the ceremonial laws and ordinances only existed to prefigure Christ.

In their own words, the OPC believes “that Old Testament Israel was the Church before Christ came.” Paragraph 4 of the Westminster Confession adds, “To them also, as a body politic, He gave sundry judicial laws, which expired together with the state of that people (emphasis added), not obliging any other now, further than the general equity thereof may require.”

In other words, “The nation of Israel, as it existed as the people of God in the Old Testament is no more (emphasis added). Galatians 6:16 informs us that the Church is now the Israel of God…We who trust in Christ are now the nation of Israel!”

As a result, “The Orthodox Presbyterian Church holds that the political/geographical entity known as Israel is not significant in and of itself…Our position would be that the present-day nation of Israel is no more significant than any other nation…”

French seems to want to believe that these particular doctrines – which truly are nothing more than a restatement of historic supersessionism and replacement theology – had no relationship to the actions of the Poway shooter.

However, history and current events demonstrate that supersessionism/replacement theology – the belief that Christians and the Church have superseded or replaced Jews and Israel in the purposes of God – has, does, and will continue to justify and feed antisemitism, violence against the Jewish people, and opposition to the State of Israel.

Therefore, it does not come as a surprise, to those who know Church history, that a person who grew up exposed to the same doctrines that have inspired and justified Christian antisemitism for centuries, could hold blatant antisemitic beliefs, demonstrated through word and deed.

The Poway shooter, a member of one of the most respected families of the Orthodox Presbyterian Church in Escondido, CA, published an eight-page manifesto that outlined his hatred of the Jewish people. Commenting online after the shooting, he said, “I feel no remorse. I only wish I killed more. I am honored to be the one to send these vile anti-humans into the pit of fire where they shall remain for eternity.” While it is certainly possible he could have developed these beliefs outside of the church, it is safe to say that the doctrines of the church with which he was affiliated provided fertile ground for such hate to grow.

The assumption that French’s effort to separate the beliefs and actions of the shooter from the antisemitism that results from supersessionism/replacement theology is the result of being ill-informed – rather than from malicious intent – is based on his statement that he disagrees with the doctrine of supersessionism, as well as other things he has written about Israel. In fact, he has written articles that show an in-depth understanding of critical issues in relation to Israel.

In an article titled, “The Real Reasons American Evangelicals Support Israel,” French presents a thoughtful explanation of Evangelical support for the Jewish State as a combination of beliefs, experience, basic morality, the pernicious persistence of antisemitism, and Christian biblical interpretation. And in an article published the day after Hamas shot approximately 700 rockets at Israel in a two-day period in early May, French made a compelling case that demonstrates how the law of war permits Israel to destroy Hamas, and exposes the double standards applied to the IDF as the antisemitism that it is.

So, there is no doubt as to how French views Israel in general.

However, in contrast to the comprehension he demonstrates in these other two articles, French shows an alarming lack of understanding of the theological underpinnings of antisemitism when he writes, “No reasonable person can survey OPC theology (or the theology of its Reformed cousins) and think for one moment that it countenances white supremacy, antisemitism, or white nationalism.”

OPC theology may not “countenance” these positions overtly, but supersessionism and replacement theology do in fact make antisemitism not only possible, but acceptable. The reality is that these same beliefs have been the foundation of Christian Jew-hatred for almost two thousand years and are now used by some Christians to deny Israel the right to exist.

The belief that the Christian Church has superseded or replaced the Jewish people and Israel results in a conclusion that there is no purpose in the continued existence of the Jewish people or the Jewish State. This position often manifests as hatred of Jews, and the combination of belief and hatred has been the fuel for varying levels of persecution and violence towards Jews in every generation of Church history.

This same belief – that there is no purpose for the continued existence of the Jewish people – resulted in the complicity of the German Church as a whole in the annihilation of six million European Jews during the Holocaust. Indeed, the vast majority of German Christians believed the Jews deserved what the Nazis did to them. Their belief was rooted in four hundred years of German theology based on the teachings of Martin Luther.

In “On the Jews and Their Lies,” Luther expounded on how God had rejected the Jews and replaced them with the Church. In chapter 15, he offered his advice as to what should be done to the Jews – advice the Nazis followed and the Church condoned.

He wrote in part:

What shall we Christians do with this rejected and condemned people, the Jews…

First, to set fire to their synagogues or schools and to bury and cover with dirt whatever will not burn, so that no man will ever again see a stone or cinder of them…

Second, I advise that their houses also be razed and destroyed.

Third, I advise that all their prayer books and Talmudic writings…be taken from them…

Fourth, I advise that their rabbis be forbidden to teach henceforth on pain of loss of life and limb…

Fifth, I advise that safe-conduct on the highways be abolished completely for the Jews…

Sixth, I advise that usury be prohibited to them, and that all cash and treasure of silver and gold be taken from them and put aside for safekeeping…

It is clear from the writings of Martin Luther that belief in the rejection and replacement of the Jews by the Church (supersessionism) fuels a conviction on the part of some, that violence against Jewish people is justified.

To be fair, the Orthodox Presbyterian Church issued a statement condemning the shooting in the Poway synagogue. It reads:

The atrocious crime of violence and hatred that took place at Chabad of Poway synagogue on Saturday, April 27, grieves us deeply and shatters our hearts. As a congregation of the Lord Jesus Christ, we devote our lives to the love and mercy of the Lord to all of God’s beautiful children, from every nation, language, and tribe. Our most sincere prayers, condolences, and cares go out to the victims, their loved ones, and the congregation of Chabad. We deplore and resist all forms of antisemitism and racism. We are wounded to the core that such an evil could have gone out from our community. Such hatred has no place in any part of our beliefs or practices, for we seek to shape our whole lives according to the love and gospel of Jesus Christ.

Without doubting their sincerity when they state their resistance to all forms of antisemitism, it is naïve and irresponsible to ignore the historical evidence of how the same theology adhered to by the OPC has indeed inspired and fueled the very thing they claim to deplore and resist. This theology not only fuels antisemitism, but anti-Zionism as well, as both are based on the conviction that Jews have no right to exist as a people with the same rights as other human beings.

If, as the OPC website declares, “the nation of Israel, as it existed as the people of God in the Old Testament is no more” and “the Church is now the Israel of God,” then it does not matter what happens to those who, generation after generation, continue to identify as Jews. Furthermore, it does not matter what happens to the modern Jewish State.

Consequently, it is erroneous to claim that the OPC’s supersessionist position concerning the Jewish people and the State of Israel has no possible relationship to the avowed antisemitism of the Poway synagogue shooter. In fact, almost two thousand years of Church history loudly contradicts French’s belief that: “…any church’s adherence to so-called ‘replacement theology’ does not imply that antisemitism is any way acceptable.”

Replacement theology/supersessionism and a lack of regard for Israel absolutely do feed and provide justification for antisemitism – and anti-Zionism. An honest study of church history reveals how this theology was used to justify everything that has been done to Jews, including persecutions, pograms, expulsions, and German Christian support for the Holocaust. And even a cursory examination of Christian anti-Zionism exposes the essential role this erroneous doctrine plays in its foundation.

Indeed, history and current events demonstrate that supersessionism/replacement theology has, does, and will continue to justify and feed antisemitism, violence against the Jewish people, and opposition to the State of Israel as long as Christians ignore Church history and what the Bible has to say about a future for the Jewish people.

(Note: A version of this article was previously published in The Jerusalem Journal earlier this year.)