Another day, another example of the New York Times excusing Palestinian violence as an expression of “impatience.”

Yesterday, the newspaper insisted a cross-border sniper attack on Israeli soldiers was the fruit of Israeli failures. The escalation was, in the words of Times Jerusalem bureau chief David Halbfinger, “a violent but localized expression of Palestinian impatience with Israel’s failure to alleviate dire humanitarian conditions in Gaza.”

The newspaper outdid itself today, with Halbfinger rationalizing Hamas’s rocket attacks on Israeli civilians as a reaction from a group that “can express its impatience with weapons.” This is how the newspaper characterizes, or exculpates, egregious war crimes. Not that the reporter bothers to note that, by targeting Israeli civilians, Hamas violates international law. The pair of articles refer to war crimes just once — not to contextualize Hamas’s attacks, but rather to share the terror group’s accusation that Israel is guilty of war crimes.

Coming from a newspaper that so frequently reminds readers that the international community regards Israeli settlements as illegal, the silence on Hamas’s illegal violence is striking. But it is part of a pattern. Again and again, Halbfinger’s article today, “Why Do Israel and Gaza Keep Fighting? Because It’s in Their Leaders’ Interests,” soft-gloves Hamas. Instead of referring to the group’s history of terrorism, the Times reporter describes a “strategy of armed resistance”; instead of noting that Hamas is proscribed as a terror organization by the United States, European Union, Canada and others, he tells readers only that Israel’s government “sees” it as such; instead of acknowledging that the group is proudly sworn to Israel’s destruction, he describes this, too, as merely an Israeli view.

Halbfinger goes so far as to outrageously suggest, in a passage that otherwise says very little, that Hamas kills Israelis unintentionally:

The relationship between Hamas and Israel is adversarial, to be sure: always bumpy, frequently deadly and fraught with risk that it could spiral into a protracted ground conflict, whether from a stray rocket that kills too many innocents or a shift in the political calculus on either side. 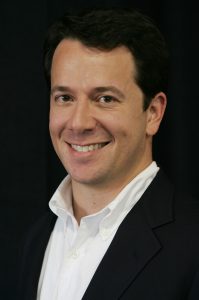 A “stray” rocket? The Times article was published only days after Hamas’s indiscriminate rockets, lobbed toward cities and towns, killed four Israeli civilians and sent much of the rest of the country into bomb shelters. These weren’t stray rockets. The Israeli deaths were not a result of a rocket that deviated from its course. Hamas understands this, as does even dogmatically anti-Israel advocacy groups like Human Rights Watch, which admitted that Palestinian rockets are “deliberately intended to strike Israeli civilians and civilian structures,” and Amnesty International, which has previously described Palestinian groups as launching “unguided rockets and mortars towards Israel, in many cases directing them towards Israeli civilians and civilian objects, in violation of international law.” But the New York Times whitewashes these war crimes.