Apparently misled by erroneous Israeli English-language reports, Business Insider’s March 13 article, “Pfizer CEO canceled Israel trip after being accused of election propaganda,” falsely stated that Mandelblit responded to a watchdog group which objected to a visit by the Pfizer CEO to Israel prior to Israeli elections:

Attorney General Avichai Mandelbilt responded by echoing these concerns and urging Netanyahu and Israel’s health minister to reconsider the trip, according to Channel 12.

Mandelbilt argued that the planned visit was “prohibited and criminal election propaganda, due to the prohibited use of the intangible asset of a supervised body (Ministry of Health),” Channel 12 reported.

In addition, a bullet point at the top of the article had reiterated: “Israel’s attorney general called the proposed visit ‘criminal election propaganda,’ local media reported.”
But, according to N12 (Channel 12), it was the watchdog group Achrayut Leumit (National Responsibility) which charged “prohibited election propaganda” in a letter to Prime Minister Netanyahu and others. The N12 article states (CAMERA’s translation):

Due to the proximity of the date of the planned trip to elections, the “National Responsibility” movement approached the attorney general at the beginning of the week and called on him to act to cancel the visit out of concern of prohibited election propaganda. In the letter which was sent to Prime Minister Benjamin Netanyahu, Minister of Health Yuli Edelstein, state comptroller Matanyahu Engeleman, and attorney general Avichai Mandelblit, it was written that the Pfizer CEO’s planned visit “days before the 24th Knesset elections, is prohibited elections propaganda and an apparent crime. This is because of the forbidden use of intangible assets of a supervised body (Ministry of Health).”

The N12 report does not mention a letter or response from Mandelblit.

It appears that Business Insider’s inaccurate reporting was based on a March 4 Times of Israel article which had similarly misreported that Mandelblit sent a letter warning that Bourla’s visit could be exploited as “prohibited election propaganda.”
A second English-language media outlet which initially made the same error was i24 News. It is March 4 article, “Pfizer chief’s visit to Israel postponed after arrival criticized as election stunt,” i24 News had erred:

State Comptroller Matanyahu Engelman and Mandelblit responded by sending a letter to Prime Minister Benjamin Netanyahu and Health Minister Yuli Edelstein, asserting that the planned visit, 24 days before elections, was an “allegedly prohibited and criminal election propaganda, due to the prohibited use of the intangible asset of a supervised body (Ministry of Health),” according toN12.

In response to communication from CAMERA, all three media outlets commendably corrected their reports on Tuesday (March 16). Times of Israel’s amended report now accurately states that it was the Achrayut Leumit watchdog which warned of election propaganda:

Charging that the visit would be used by the prime minister for his own benefit in the election, the Achrayut Leumit watchdog group urged Attorney General Avichai Mandelblit earlier this week to prevent it from taking place.
The group said that the visit could be considered “prohibited election propaganda” due to its use of Health Ministry resources. 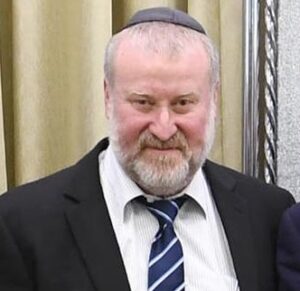 i24 News likewise amended its article to accurately report:

Achrayut Leumit’s letter warned that for the visit to take place 24 days before elections, was prohibited due to the use of the intangible asset of a supervised body (Health Ministry),” according to N12.

Business Insider, for its part, fixed the bullet point. It now accurately reports: “An Israeli watchdog group said that the visit could be considered ‘a criminal offense.'” In addition, editors deleted the inaccurate paragraphs about Mandelblit from the article. Unfortunately, however, both Yahoo News and Business Insider’s South African edition, which ran the original piece, have yet to correct, although CAMERA has reached out to editors. None of the media outlets appended notes alerting readers to the change, a common journalistic practice reflecting transparency.
Donate Now