CAMERA has prompted a JTA correction of a movie review which had inaccurately depicted an Arab village in northern Israel as a “Palestinian village.” The July 30 review had initially referred to the Israeli Arab town of Iksal as “a Palestinian village located in Israel’s north” (“Spies, checkpoints and soap opera drama. . . “).

Screenshot from JTA’s movie review before the change

While some Israeli Arabs, including film director Sameh Zoabi who is featured in the article, choose to identify as Palestinians, geographic locations cannot make that personal choice. Identifying a town in northern Israel, located well within the Green Line, as “Palestinian” confuses and misleads readers.

In response to communication from CAMERA, editors at JTA commendably revised the text, which now accurately refers to “Iksal, an Arab-Israeli village in the north.” 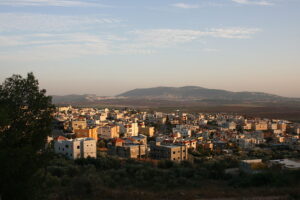