Seizing so much Palestinian territory would probably be a death knell for the so-called two-state solution, which calls for Israel and a Palestinian state to exist side by side. (Emphasis added.)

The Jordan Valley is disputed territory. Netanyahu’s recent statement about annexation is particularly significant because the territory’s status, like that of all of the West Bank, is to be resolved by negotiations anticipated by U.N. Security Council resolutions 242 (1967) and 338 (1973), the 1995 Israeli-Palestinian interim accords, the 2003 international “road map” and related diplomatic efforts taking 242 and 338 as reference points. The co-authors of resolution 242, U.S. Under Secretary of State Eugene Rostow, U.S. ambassador to the United Nations Arthur Goldberg, and British ambassador Lord Caradon made clear at the time and subsequently that Jews and Arabs both had claims in the territories,no national sovereignty over the territories had been recognized since the end of Ottoman rule and negotiations would be necessary to resolve competing claims. 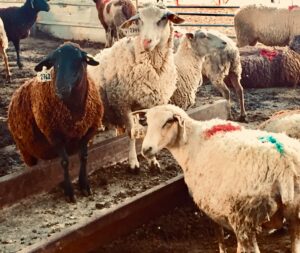 Noga Tarnopolsky, who, along with Laura King, wrote today’s story, herself rightly referred to the West Bank as “disputed” in a Dec. 15, 2017 article. Similarly, an Associated Press article reproduced in the LA Times on Aug. 20, 2019 referred to the West Bank, along with eastern Jerusalem and the Gaza Strip, as “territories the Palestinians want for a future state.” This too is correct. Josh Mitnick, formerly of The Los Angeles Times, also used similar precise language in 2017, referring to the West Bank as “which Palestinians claim as the site of a future state.”

If the West Bank were simply Israeli-occupied Palestinian territory, in particular territory belonging to another sovereign state and acquired by aggression, then Israel would be required to withdraw and no negotiations would have been necessary. But since Israel is the obligatory military occupational authority, having won the territory from Jordan in a war of self-defense in 1967 and retained them in a similar conflict in 1973, and competing claims remain unresolved, the West Bank is land Palestinians want for a future state, and land at least some of which many Israelis claim for Israel.

In response to communication from CAMERA, editors issued a speedy and forthright correction to the digital edition, changing the reference to “Palestinian territory” to simply “territory.” Moreover, the following correction appears prominently at the top of the article:

An earlier version of this article incorrectly referred to “Palestinian territory” in the Jordan Valley. The land in question was seized from Jordan in 1967 and has been occupied by Israel. Palestinians want it as part of a future state.

A Sept. 5 A-section article about Jordan agreeing to buy natural gas from Israel incorrectly referred to Israel’s occupation of ‘Palestinian lands’ in the West Bank. The Israeli-occupied territories are disputed lands that Palestinians want for a future Palestinian state.