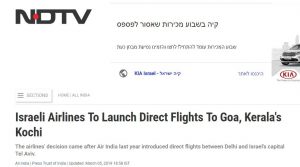 The article itself repeated the same erroneous sentence, misidentifying Tel Aviv, as opposed to Jerusalem, as Israel’s capital. 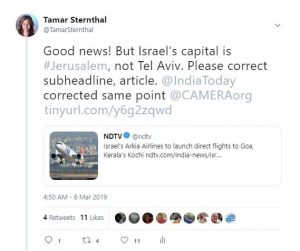 Contrary to standard journalistic practice, NDTV did not append a note alerting readers to the change.