NPR is sticking to its modus operandi that whitewashes Palestinian violence and its roots. Weekend host Michel Martin of “All Things Considered” deceptively introduced a report (Sunday evening, Jan. 8) about a deadly attack perpetrated by a Palestinian terrorist earlier that day as part of “an ongoing wave of violence between Israelis and Palestinians over the past several months.”

The perpetrator was Fadi Al Qanbar, a resident of Jerusalem’s Jabal Mukaber neighborhood, who rammed his truck into a group of young Israeli army cadets touring Jerusalem and then backed up over them, killing four and wounding 17 people. The attack resembled the type of recent large truck attacks in France and Germany, perpetrated and advocated by ISIS terrorists. The terrorist’s sister declared her pride in her brother for having become “a shahid (martyr of Allah)” by perpetrating this act, while his cousin told an Israeli newspaper that Al Qanbar had been “upset” about the possibility that the U.S. might move its embassy to Jerusalem.

The attack was the latest in a wave of deadly knifings, car rammings and shootings of Israelis by individual Palestinians incited by messages from their leaders on television and social media.  It was part of a unidirectional wave of violence, where Palestinians are the perpetrators and Israelis the victims and not, as Martin suggested a reciprocal phenomenon.

But reporter Joanna Kakissis hardly set the record straight. She too whitewashed the terrorist by referring to him neutrally as a “driver” rather than as a “terrorist” or even an “assailant. ” She stated that “the driver was shot dead,” without specifying when, or making it clear that his shooting was to halt an ongoing terror attack, rather than retaliation. And she sympathetically described Al Qanbar’s neighbors who “gathered around a barrel fire to mourn him” and cited a cousin who “insisted Fadi had no affiliations with Islamists.” Kakissis wrapped up the report by stating that since the wave of violence began last year “at least 37 Israelis and 231 Palestinians have died” to end on the same false note of a back and forth cycle of violence where Palestinians have suffered more.

In fact, Palestinians perpetrated 332 attacks through the country in the last 16 months, killing 42 people and wounding 619 others. Those Palestinians who lost their lives did so while in the process of perpetrating terror attacks or clashing with Israeli soldiers.

This type of inaccurate, misleading reporting is reminiscent of NPR’s historic dismissal and mitigation of Palestinian terrorism as a “tit-for-tat” cycle of violence. (See here and here.)

And it’s not just NPR. The knee jerk tendency to whitewash Palestinian terrorism informs many of the initial headlines and reports we see from the mainstream media: 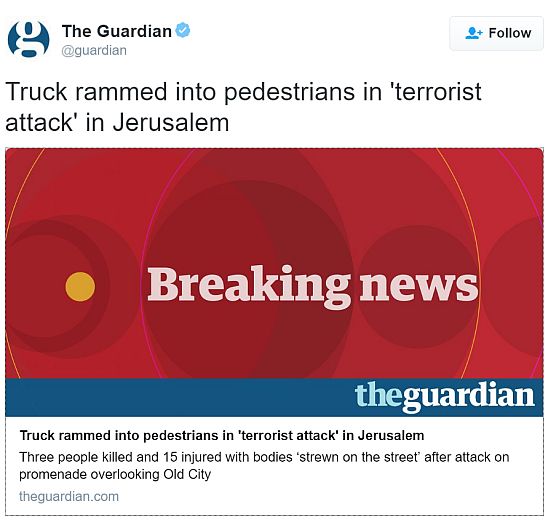 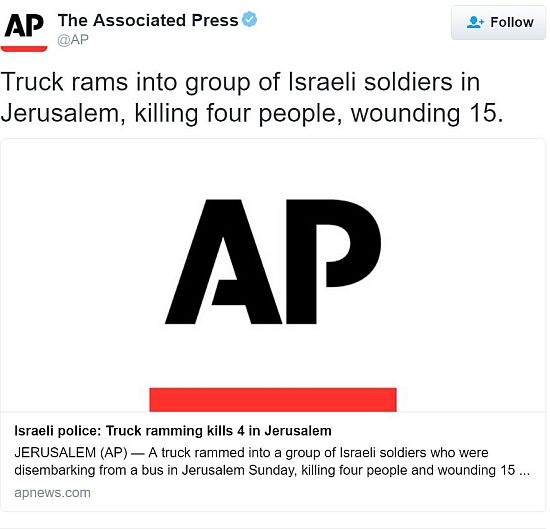 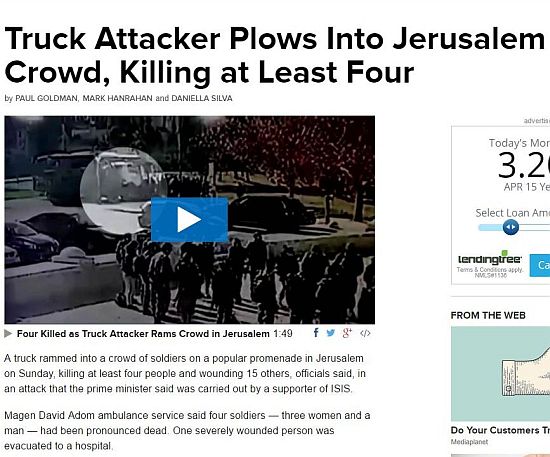