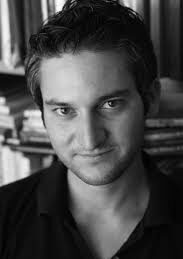 Daniel Estrin, NPR’s international correspondent in Jerusalem, recently reported on Covid-19 in the West Bank. The theme of his April 17th report was how the Palestinians were battling the crisis “using familiar tactics from half a century of Israeli military occupation.” Focusing on Palestinian grievances against Israel, he omits essential details about the situation – namely any detail that shows Israel in a positive light.

For example, there is nothing about the aid from and cooperation with Israel regarding the coronavirus, and certainly nothing about how the Palestinian Authority has responded by inciting hatred against Israel and the Jewish people.

Estrin had, weeks earlier, reported about the cooperation between Israelis and Palestinians but apparently felt that report obviated the need for subsequent non-partisan and accurate reporting. By omitting this relevant information in the more recent report while emphasizing questionable Palestinian slurs about Israel, Estrin misinforms his audience.

Take, for example, Estrin’s amplification of a questionable claim by Fadi al-Hidmi:

Police also said they detained Palestinian cabinet minister Fadi al-Hidmi on suspicion of “Palestinian activities in Jerusalem.” “They broke the gate of my apartment, they used dogs,” Hidmi told NPR. He said he was detained for several hours and questioned about an interview he gave from Jerusalem on Palestinian Authority TV about the coronavirus, before being released without charge. “The claim: that I’m leading the Palestinian efforts to fight corona in Jerusalem,” Hidmi said.

Israeli police have said the arrest was not linked to efforts to fight the coronavirus.

In this way, Estrin presents Hidmi’s unreliable claim as a he-said, she-said scenario. But as CAMERA’s Sean Durns pointed out in his April 15 report regarding Hidmi’s libelous claim:

The [Washington] Post reported that the two officials — Fadi al-Hadami [al-Hidmi], the Palestinian minister for Jerusalem affairs, and Adnan Ghaith, the Palestinian shadow governor of Jerusalem — “were detained for carrying out political activities on behalf of a foreign entity.”

The Post then uncritically regurgitates Al-Hadami’s libelous claim that he was “detained for appearing on Palestinian television to advise East Jerusalemites to stay home and take precautions”—an absurdity given that Israeli officials are telling all citizens, Arab and otherwise, to take these precautions. Worse still, the newspaper breathlessly quotes Al-Hadami’s claim that upon his arrest Israeli officials “wanted me wanted me to put on a face mask, but I could tell it was used. There were drops of blood on it.’”

The PA’s assertion that Israel wants Arabs to get sick is disgusting—and overlooks the considerable aid, tests, and training that Israel has given both the PA and Hamas to counter the coronavirus. And if the Post feels his allegations to be worth printing, they should have made readers aware that al-Hadami has been arrested before for violating this law. As JNS noted in an April 5, 2020 report,  this is the PA official’s fourth arrest for violating this exact law, with other violations predating the current coronavirus crisis.

Estrin makes sure not to mention how Palestinian officials – often the same ones who were co-operating with Israel to confront the Covid-19 pandemic –  are using the pandemic to incite against Israel. By repeating their dubious claims without noting how Palestinian officials have used the coronavirus as a cudgel with which to attack Israel, Estrin is abandoning his role as an objective, responsible journalist.