A New York Times reporter and photographer go into a car. They travel across one of the world’s happiest countries—and find only anger, alienation, and regret. 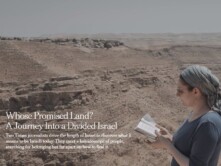 The New York Times promises to tell readers “what it means to be Israeli today.”

The opening paragraph is phrased like a joke because New York Times coverage of Israel—its efforts to curate, conceal, and contrive the faraway land for its American readers—has descended into hilarity. Indeed, yesterday’s front-page story by Jerusalem bureau chief Patrick Kingsley, which promises to help readers “discover what it means to be Israeli today,” is a comical caricature of the paper’s own biases, exposing much more about the New York Times than about the country it is supposedly covering.

To understand why, it helps to first understand a couple of facts about that country: Israel has consistently ranked at the top of measures of global happiness. The 2021 World Happiness Report, for example, found Israelis to be among the happiest in the world, and ranked their country as 12th happiest out of 149 countries over the past three years.

Israel’s place in the World Happiness Report’s index is marked by a red arrow.

According to other polling, by Israel’s Central Bureau of Statistics, over 88 percent of Israelis, including 76 percent of the country’s Arab citizens, were satisfied with their lives.

Nearly two in five said they were “very” satisfied.

It was this country that Kingsley set out to explore, meandering from the northern border to the southern tip over ten days to “discover” Israelis and duly report back to readers of the New York Times.

And here’s what he reported back:

The first person he encountered, an elderly kibbutznik, is “bothered” by the country. His father, readers are told, is also disappointed. Or he would be, at least, if he were come back to life and survey the country he helped build. “If he took a look,” the kibbutznik speculated, “he’d say a single sentence: ‘This wasn’t the child we prayed for.’ And then he’d return to his grave.”

The next person profiled “question[s] his connection to Israel.” He and his fellow Haredim might appreciate the security the country provided, but they are “ambivalent” about the state, with some rejecting its very legitimacy and others merely “bristling” at the government, the Times reported.

The third person, an Arab in Haifa, is “alienated.” She insists that her city, which is in Israel and not the West Bank, was nonetheless “occupied” land. “It’s not Israel,” she said. “It’s Palestine.”

The fourth, a Mizrahi Jew, “feels left behind by today’s Israel.” She points to “evidence of Israel’s persistent discrimination against Jews of Middle Eastern origin.” Her parting words to readers: “Everyone treats us like garbage.”

The Russian Jew readers are next introduced to also recounts being stereotyped and excluded by Israelis. But at least the newspaper in this case allowed itself to share some optimism. “She hopes the synthesis [of Russian and Mizrahi culture] can help mold Israel society back into a melting pot, instead of a mosaic of competing tribes,” Kingsley reported. In the parting words the journalist selected for her, though, we are reminded that it is an angry optimism. “We are Israelis, and your culture is my culture,” she scolds her compatriots. “Stop dividing people into Russians, Americans, French people, Mizrahi — stop! We are Israelis.”

The fifth Israeli introduced, a self-described “ambivalent settler” from Tekoa, is the first person we meet who doesn’t discuss grievances with the country. Instead, it seems her role for the Times is to show that even moderate Israelis are antagonistic to Palestinians. She and others like her “support equality for Palestinians,” Kingsley reports, before adding: “At least in theory.”[1]

The sixth Israeli Kingsley profiled is an Ethiopian Jew, who we’re told is frequently arrested, disproportionately prosecuted, isolated, alienated, scrutinized, detained, and opposed to the system.

Next, readers are introduced to Bedouin living in Israel’s Negev desert, and are told, yet again, of Israeli “oppression.”

At the eighth and final stop of the newspaper’s tour, readers get a reprise of their first stop: Another elderly Israeli Jew insists the earlier generation would be “disappointed” in the country. And yet, finally, at the end of a 260 miles trip, we meet someone described as “happy.” Even this, though, is made to fit with the newspaper’s cynical narrative of Israel. He is happy, Kingsley speculates, because of his indifference to whether the country should exist.  “We can be part of any country,” he said. “We can be part of Israel. We can be part of Israel-Palestine.”

This isn’t a holistic reflection of Israel. It is not, as promised, a discovery of “what it means to be Israeli today.” Rather, like the parable of the blind men and an elephant, it is a microscopic exploration of extremities that misses the bigger picture and misinforms.

Also curious is that, among the six Jewish Israelis the New York Times choses to profile, readers are introduced to three immigrants and another Jew with suspiciously accented Hebrew. Which is to say, half or more are immigrants—a strange way to reflect country in which 79 percent of Jews are native-born. This decision contributes to the fog of alienation and estrangement that the newspaper seems intent on blowing upon the country’s Jews.

Over the eight stops, readers are also told of two people who say Israel isn’t legitimate. Another raises questions about the country’s legitimacy. Another rails against the “system.” The possibility of replacing Israel with a new country encompassing both Israel and Palestinian-ruled territories repeatedly pops up—in Haifa, Tekoa, and Eilat—although it is an idea that, off the pages of the New York Times, is broadly understood to mean the gerrymandering away of the world’s only Jewish-majority country, and which consequently holds very little currency among the average Israeli.

It isn’t only the residents painted in bleak colors. In villages, farms take a back seat to quarries. Israeli cities are “shabby,” or “tired,” or once “dour” but now “garish.” Neighborhoods are “rundown.”

Everything Jewish, we’re told, is new, and built upon or alongside ruins of something Arab. By contrast, Jewish history in the Jews’ ancestral homeland is treated as entirely recent. The Galilee, understood as “the center of Jewish life in late antiquity,” is dotted with the ruins of synagogues, but the New York Times tour guides tell readers only of a former Palestinian village.

The 1948 flight of Palestinians from Haifa and from a former village within Tel Aviv’s municipal borders is likewise noted, but not the flight, expulsion, or massacre of Jews from Midgal Eder or Kfar Etzion, near Tekoa, in 1929, 1936, and 1948. The displacement of Palestinians in 1948 is certainly relevant to the conflict. But so is the historical rootedness of Jews to the land, and so are Palestinian attacks against Jewish communities long before any occupation and before even the birth of the state. To repeatedly cite the former while ignoring the latter, on a tour seems designed to cast Jews as outsiders and oppressors, feels less like good-faith reporting and more like advocacy for a particular narrative*.

And, indeed, the Palestinian narrative somehow saturates the journalist’s account of the Israeli experience. The occupation is highlighted twice in the first nine paragraphs of Kingsley’s 5000-word feature, which spans well over 100 paragraphs. But the word “terror” or “attack” or “bomb” doesn’t appear once, as if Palestinian terrorism has done nothing to shape Israel or the views of its residents. The Palestinian accusation of apartheid appears. But rampant antisemitism in the West Bank, Gaza, or elsewhere in the Arab world is invisible.

So goes the New York Times’ account of Israel: A story of the country as an “unwanted” child, an “unsolvable” puzzle of “incompatible” factions burdened by “grievances” and “consequences.” And that’s only in the first seven paragraphs. Then there are the “underlying tensions and inequities,” “divisions,” “unrest,” “fury,” “ambivalence,” “illegitimacy,” “alienation,” “injustice,” the history of “discrimination,” “bias,” and “ethnic abuse,” the greed, misfortune, ethnic jokes, stereotypes, illegality, distrust, “apartheid,” “anger,” “crimes,” lack of belonging, “police violence,” “demolitions,” “oppression,” and “disappointment,” a land of “slums” where people are treated like “garbage” and “shabby,” “tired,” “dour,” “garish” towns, where coexistence is a “deception,” and a country which has a conditional right to exist, or none at all. 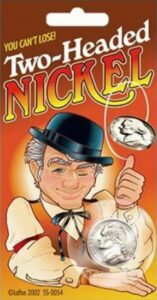 And finally, a happy non-Zionist to show us where the problem lies.

It is a cartoon. And whatever thoughtful insights Kingsley might offer are buried in this avalanche of cartoonish negativity. Yes, societies all have some darkness, not least one forced into decades of conflict and war. One would expect an appropriate share of the above adjectives in an honest exploration of any country. Israelis will certainly recognize some the themes Kingsley dwells on.

But this is over the top. In a country whose history of conflict makes all the more remarkable its resilience, vibrancy, and happiness, the New York Times, whose reputation of anti-Israel advocacy has grown in recent years, bends itself out of shape to curate malcontent. It isn’t following where the Israeli roads leads, letting chance encounters eventually paint an accurate picture. Rather, it’s flipping a two-headed coin to get the intended result. The cheating is apparent to those familiar with the country. It looks desperate. The desperation is clumsy. And the clumsiness is funny.

But it’s also sad, because a newspaper’s reporting isn’t meant to be funny. So the joke is on readers.

[1] What is meant by “Palestinians” and “equality” here is left unclear, since the newspaper, seemingly for ideological reasons, has begun using the term “Palestinian” to describe both Israeli Arab citizens and Palestinian subjects of the Palestinian Authority. In Kingsley’s passage, and in an increasing number of other passages in the Times, the meaning of “equality” would change dramatically depending which meaning of “Palestinians” is being used. For more on how the distinction between citizenship and national identity is blurred to confuse the pubilc, see here. For a look at polling on the self-identity of Arab citizens of Israel, see here. )