If you read Ayman Odeh’s Op-Ed in last Wednesday’s edition of the New York Times, you might believe that, under Israel law, it’s legal for a new town in southern Israel to reject potential residents based on their race. That, after all, is what the author explicitly claimed about the planned town of Hiran.

“According to the planned town’s bylaws, it will be home to religious Jews only,” wrote Odeh, a member of Israel’s Knesset. Indeed, the bylaws do say this about the unbuilt town. But Odeh went on to claim that “these racist requirements are legal under current Israeli law.” 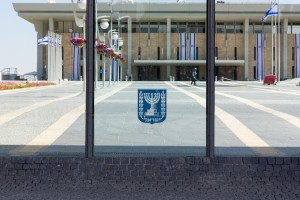 The relevant law permits rural villages in certain parts of the country to screen potential residents based on specific criteria. Some of the criteria are narrow and straightforward — a village can reject candidates who are minors, unable to afford the property, or unwilling to establish their center of life in the town. Other criteria are more vague, and relate to the candidate’s social and cultural compatibility with the towns culture and social fabric. But the law explicitly forbids a town’s admission committee to reject applicants due to their race or religion: “The admissions committee will not refuse to accept a candidate for reasons of race, religion, gender, nationality, disability, personal status, age, parenthood, sexual orientation, country of origin, political-party opinion or affiliation.”

The bylaws drawn up by the town’s founders, then, are irreconcilable with Israeli law. Perhaps the founders don’t know that. Or perhaps they don’t care.

So be it. But what is the New York Times excuse? Its editors were informed of the language in Israeli law that bars racial discrimination, but refused to correct Odeh’s false claim.

They were informed, too, that Israeli courts have previously weighed in against attempts to discriminate against potential residents. As Haaretz reporters Jack Khoury and Almog Ben Zikri noted last year,

Based on legal precedent, it seems unlikely that the association’s bylaws will actually dictate the acceptance procedures for Hiran. In 2013, the Association for Civil Rights in Israel petitioned the High Court of Justice over a similar case involving the new town of Carmit, which was also governed by a cooperative association that said members must be “Jewish Israeli citizens or permanent residents who uphold the values of Judaism.” In that case, the state sided unequivocally with the petitioners, saying membership in the association could not be a condition for obtaining land in Carmit.

The New York Times, though, insisted that the law about admissions committees was passed by Israel’s Knesset in 2011 and upheld by Israel’s Supreme Court in 2014, and that therefore Odeh’s claim about the legality of racial discrimination is accurate.

It should be noted, too, that although the Times claims the court upheld the law, the High Court of Justice made clear that its decision to reject the petitions against the law was based on the ripeness doctrine. The law hasn’t yet been applied or misapplied, the court’s president and majority explained, so it doesn’t make sense to weigh in on a hypothetical at this time.

The chief justice made clear that by citing the ripeness doctrine, he was not weighing in on the constitutionality or unconstitutionality of the law. Supreme Court justices indicated that, depending on how the law is applied in practice, they are prepared to rule to prevent discrimination against Arab applicants to admissions committees, something the court has done in the past. And the justices were in clear agreement that if the law was used to discriminate based on race or religion, it would be a violation of Israeli law. The court, then, clearly did not uphold the law, and certainly did not uphold the legality of racial discrimination.

It is within Odeh’s rights to argue that the law is likely to be misapplied, or to speculate that it will lead to discrimination. That’s not what he does in the Op-Ed. Instead, he mischaracterizes the legality of discrimination in this case, and so — with the consent of New York Times editors — misinforms readers about Israeli law.