Recent press attention has focused on the repatriation of illegal African migrants from Israel. Reuters, the Associated Press, AFP, and UPI have disseminated stories. The Washington Post, Los Angeles Times, New York Times, Financial Times, ABC, CNN, CBC, BBC and others have added their own reports.
None of this coverage has been complete. None has explained the context and difficult challenges facing Israel as a result of large-scale illegal immigration, particularly by non-Jews. Most of the media have depicted Israel as “rounding up,” “cracking down on,” “detaining,” “deporting,” “expelling,” and treating the migrants “like animals.”
But few media reports have been more offensive than a post on the blog of the reflexively anti-Israel British newspaper, The Independent. In his article, “Note to refugees from South Sudan: Israel is for the white man,” Richard Sudan tars Israel as openly racist and fascist, saying:

The continual persecution of the Palestinians, politically and ideologically, the military court system, and now the emerging negative view of non-white people should outline clearly what the overriding Israeli government consensus is. The superior race theory is one that we’ve seen in the past, and is the hallmark of theories centered on a perspective viewed through the prism of eugenics. Those theories are dangerous and they need to be relegated to the past-along with Zionism.

Richard Sudan ignores that Israel, alone among the nations, went out of its way to take in as free citizens black Africans — Ethiopian Jews airlifted in the 1980s and ’90s. In his efforts to falsely cast Israel as a racist state, he inadvertently betrays his own bias and either ignorance or dishonesty. He argues that Eritreans, South Sudanese, Ivorians and especially Palestinians have the right to be in Israel yet, according to his reasoning, only the Jews do not.
Whether overt, like Richard Sudan’s blog post, or more subtle, media coverage has framed Israel’s repatriation of illegal migrants incompletely, inaccurately and unfairly.
A Washington Post blog on the subject was peppered with words like “deportation” and “expulsion,”using the more apt term “repatriation” only once. And Isabel Kershner couldn’t resist a Holocaust reference in her New York Times article:

But the government clampdown is also ripping at Israel’s soul. For some, the connotations of roundups and the prospect of mass detentions cut too close to the bone.
“I feel I am in a movie in Germany, circa 1933 or 1936,” said Orly Feldheim, 46, a daughter of Holocaust survivors, as she doled out food last week to a long line of immigrants…

Does Feldheim mean to imply that those she’s assisting are in danger of being sent to Israeli death camps? By relaying this quote, does Kershner seek to conjure this idea? Inclusion of such misguided hyperbole distorts the news report.
International Law
There are an estimated 45,000-60,000 people currently living in Israel illegally, mostly from Eritrea and South Sudan. Some of them would be considered refugees by the office of the UN High Commissioner for Refugees (UNHCR):

The 1951 Refugee Convention establishing UNHCR spells out that a refugee is someone who “owing to a well-founded fear of being persecuted for reasons of race, religion, nationality, membership of a particular social group or political opinion, is outside the country of his nationality, and is unable to, or owing to such fear, is unwilling to avail himself of the protection of that country.”

Many others would not be considered refugees, but instead migrants:

Migrants, especially economic migrants, choose to move in order to improve the future prospects of themselves and their families. Refugees have to move if they are to save their lives or preserve their freedom.

The relationship began with Menachem Begin’s note to the Mossad, “bring me the Ethiopian Jews,” and it was translated into action as Israel sent operators into enemy lands to help the Ethiopian Jews. In the middle of the night many Jews left their villages and, without maps but only faith to guide us, we walked through the hills and deserts of Ethiopia and Sudan to freedom. This helped unite us with the living Zion.

Never before had black Africans been taken from Africa, not from freedom to slavery but from slavery to freedom. No other nation has ever done that. Only Israel. 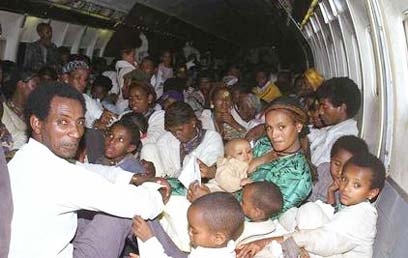 The media also ignores the history of the Vietnamese “Boat People.” After the United States retreated from South Vietnam and North Vietnamese communists took over, hundreds of thousands fled to escape persecution and oppression. Many took to small, rickety boats, braving the weather and the threat of pirates. Countless thousands perished.
On June 10, 1977, an Israeli cargo ship en route to Japan crossed paths with a boat carrying 66 Vietnamese refugees. Their SOS signals had been ignored by passing East German, Norwegian, Japanese, and Panamanian boats. The Israeli captain and crew offered food and water and brought the passengers aboard. Neither Hong Kong, then ruled by Great Britain, nor Taiwan would accept the refugees so the Israeli ship transported them to Israel where Prime Minister Menachem Begin authorized their Israeli citizenship. Between 1977 and 1979, Israel welcomed over three hundred Vietnamese refugees. 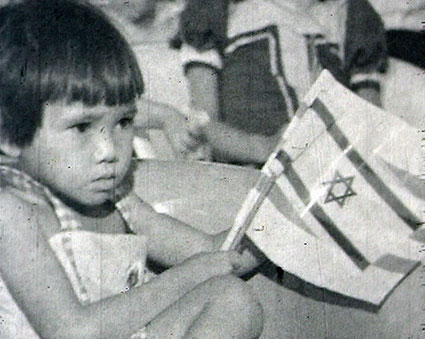