CAMERA’s Israel office has prompted correction of a Times of Israel article yesterday which erroneously reported that the Palestinian Ministry of Health is responsible for eastern Jerusalem. The June 21 article, “With 73 new coronavirus cases, West Bank infections continue sharp rise,” had erred: “Five new cases were reported among Palestinians in East Jerusalem, who also fall under the responsibility of the PA health ministry.”

The Oslo Accords do not allow for Palestinian Authority activity of any kind in Jerusalem. Palestinians in eastern Jerusalem are under the care of Israel’s Ministry of Health; not the PA health ministry. As ToI has elsewhere reported: “East Jerusalem is under the control of the Israeli government, which is responsible for providing them with services.” 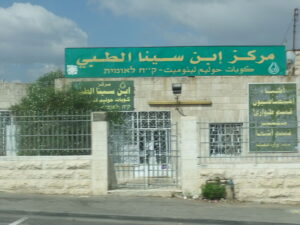 In response to communication from CAMERA, editors commendably corrected in a timely fashion. The article now accurately reports: “Five new cases were reported among Palestinians in East Jerusalem, which the PA also records in its official statistics.”
Contrary to common journalistic practice, editors did not append a correction to the article alerting readers to the change.