As noted earlier today on CAMERA’s Snapshots blog, an Agence France Presse obituary yesterday for Robert Bernstein included an inappropriate reference to the American publisher’s Judaism. About the Human Rights Watch founder who later turned on the organization due to its disproportionate fixation on Israel at the expense of closed societies around the world, AFP reported:

In 2009, Bernstein — who is Jewish — turned against Human Rights Watch, accusing the organization he helped found in 1978 of being biased against Israel. 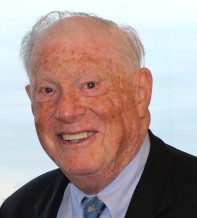 How is Bernstein’s Judaism relevant to his objections to what he saw as HRW’s completely disproportionate and unfounded obsession with Israel, at the expense of focus on closed societies elsewhere?

In the UK, the Editors’ Code of Practice states:

Details of an individual’s race, colour, religion, gender identity, sexual orientation, physical or mental illness or disability must be avoided unless genuinely relevant to the story.

The only way mentioning Bernstein’s religion is relevant in this context is to imply his Jewishness helps explain his turning against HRW, which would be an inherently antisemitic allegation.

While AFP failed to remove the problematic reference, The Times of Israel, which had run the AFP story, commendably did respond favorably to CAMERA’s request. Editors quickly removed the reference to Bernstein’s Judaism and inserted it in a separate paragraph about the famous authors he had published.