Agence France Presse has updated its coverage of today’s fatal shooting attack in Jerusalem after its initial report concealed that the assailant is Palestinian. 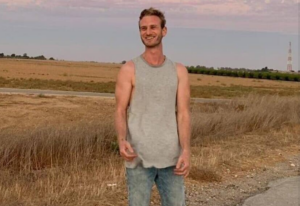 The original headline, “One dead, three wounded in Jerusalem shooting: police, medics,” failed to identify the perpetrator  as Palestinian. The accompanying article (which, as of this writing, is still available on France 24) likewise was woefully lacking in basic information about the perpetrator (a Hamas member) and victims (Israelis). The Israeli murder victim has been identified as Eliyahu David Kay of Modiin, a recent immigrant from South Africa.

One person died and three others were wounded in a shooting in the Old City of Jerusalem, with the attacker also killed, Israeli police and medics said Sunday.
The injured, who included two civilians and two police officers, were rushed to hospital where one of them, a 30-year-old, died of their injuries, medical sources said. . . (Emphases added.)

The information was available when AFP’s story appeared. Indeed, Reuters’ coverage this morning clearly stated that the assailant, Fadi Abu Shkhaydam, is Palestinian, and even included a confirmation from Hamas. Reuters’ article,  “Hamas gunman kills one in Jerusalem’s Old City, is shot dead by Israeli police,” began:

A Palestinian gunman from the Islamist group Hamas killed a civilian and wounded three other people in Jerusalem’s Old City on Sunday before being shot dead by Israeli police, officials said.

Israeli Internal Security Minister Omer Barlev described the gunman as a Hamas member from East Jerusalem. . .
Hamas confirmed that the man identified by Israel as the assailant was its member. (Emphases added.)

Similarly, AP was also forthcoming about the identity of both the perpetrator and the victims in its story: “Palestinian kills 1, injures 4 before police shoot him dead.” The story begins by clearly reporting:

A Palestinian assailant killed one Israeli and injured four others before being fatally shot by Israeli police. (Emphasis added.)

A militant of the Palestinian Islamist Hamas movement opened fire Sunday in Jerusalem’s Old City, killing one person and wounding three before he was shot dead, Israeli officials, police and medics said.

.@AFP, why does your story conceal identity of perpetrator (Palestinian, Hamas members) & victims (Israelis)? Compare to @AP, which begins: “A Palestinian assailant killed 1 Israeli and injured 4 others” https://t.co/GdH3J71mT0 https://t.co/bx9KMtxUiN pic.twitter.com/1vVDhm5Cq3

In addition, the following details were added to the updated story:

Israel’s Public Security Minister Omer Bar-Lev said the attacker was a Palestinian living in the Shuafat neighbourhood in east Jerusalem.

“He was a member of Hamas, the political branch not the armed wing,” Bar-Lev told Israel’s Kan television channel, saying he had been wearing long robes to hide his weapon.

“It appears he was wearing a large galabiya (robe) or that he had disguised himself as an Orthodox Jew,” Bar-Lev said, adding the gunman’s wife had travelled abroad three days ago, while his son was also out of the country.

“It seems that this attack is premeditated,” Bar-Lev said.

AFP’s amended headline remains problematic. It states: “One dead in Jerusalem shooting, attacker killed: police.” With this unclear wording, readers could easily and wrongly assume that the “one dead” is the attacker.