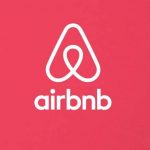 Airbnb, the worldwide, online lodging service, has been in the headlines recently for succumbing to pressure by anti-Israel NGOs, most prominently Human Rights Watch, to delist (that is, boycott) Jewish-owned properties in the disputed West Bank. Some of the media coverage has been a pretext to repeat distortions about the territory and Israel, and far too few stories have shone a light on the deep bias of Human Rights Watch and its staffers.

The company claims it is evaluating situations on a “case-by-case” basis, but so far, it has singled out only Jewish-owned properties in Judea and Samaria. The company’s claim that such settlements are “at the core of the dispute between Israelis and Palestinians” reflects a lack of understanding of the history of the region and of the history of the conflict itself. This is a clearly discriminatory act, and reflects the pressure tactics of the BDS movement.

CAMERA’s affiliate UK Media Watch described in detail how the Guardian misleadingly portrayed the campaign against Airbnb as “Palestinian-led,” and ignored HRW’s “long record of engaging in an often obsessive campaign to demonize and delegitimize the Jewish state.”

In addition, BBC Watch’s Hadar Sela, writing in the Algemeiner, discussed how “the BBC elected once again to ignore its editorial obligation of ‘due impartiality’ by erasing from view the existence of legal opinions that contradict the BBC’s selected narrative” about the settlements and international law.

Some commentators have, however, noted that Airbnb continues to list properties in other disputed territories and conflict areas around the globe, and that Palestinian-owned properties in the West Bank will still be listed. For example, Eugene Kontorovich explained in the Wall Street Journal,

Airbnb lists homes in Moroccan-occupied Western Sahara, one of the world’s most brutal occupations. It lists vacation homes in northern Cyprus, which Turkey invaded, expelling almost all Greek Cypriots and expropriating their homes. Nor does Airbnb have a problem serving Kashmir, Tibet and other such places. Last week a Kohelet Policy Forum report revealed many major companies active in the West Bank also do business in occupied territories and with settler regimes around the world, without a word of criticism from the groups that pressured Airbnb.

In addition, NGO Monitor’s report on the organizations that pressured Airbnb explained,

[Airbnb’s] change in policy was a clear result of a coordinated and well-financed campaign targeting the company by NGOs involved in BDS (boycott, divestment, and sanctions) campaigns against Israel, led by Human Rights Watch (HRW) and Jewish Voice for Peace (JVP), in concert with the UN Human Rights Council (HRC), at least three Israeli groups, and the Palestinian Authority. …

Airbnb faced an intensive multi-year attack and threats of being included in the forthcoming UN HRC “blacklist,” boycotts, and other forms of negative publicity. Indeed, the company acknowledged that offering listings in West Bank “settlements” was not illegal, meaning that its decision was the result of political pressure.

As NGO Monitor also points out, Human Rights Watch had been putting pressure on Airbnb for two years, and “the timing of Airbnb’s announcement indicates that it was attempting to deflect negative publicity” from a forthcoming HRW report. 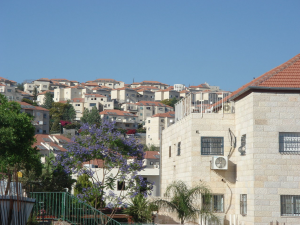 Of all the conflicts and territorial disputes in the world, Airbnb’s actions singled out the one dispute that involves the Jewish state. In 2013, the American Studies Association infamously justified its decision to boycott Israel alone among the nations with a claim by its President that “one has to start somewhere.” (The ASA started and ended with Israel.) Similarly, Airbnb’s after-the-fact claim that it would next examine Western Sahara reads like a feeble attempt at damage control.

Also after-the-fact, Airbnb amended its original statement to include the information that, “Airbnb has previously removed listings in Crimea.” This decision, however, unlike its decision on the West Bank, was “a result of international sanctions,” on Crimea – US law prohibits the sale or supply of goods and services to Crimea.

The claimed rationale for Airbnb’s decision to boycott Israeli communities built on land that Israel captured from Jordan in a defensive war in 1967 is that those communities are the “core of the dispute.” This is a proposition that warrants further scrutiny.

It’s true, of course, that the contours of borders between Israel and a future Palestinian state has been at issue. The 1948 ceasefire lines, often erroneously referred to as “1967 borders,” were agreed to as a temporary armistice between Israel and Jordan in 1949. There has never in history been a Palestinian state along these lines (or in fact anywhere). Prior to 1948, Jews lived in Gush Etzion, and prior to 1929, Jews lived in Hebron. In 1948 those living in Gush Etzion either fled from or were killed by the Jordanian army, and a 1929 Arab massacre of Jews in Hebron led the governing British authority to eventually expel the remaining Jewish population from Hebron.

Currently and for several years, Palestinian Authority President Mahmoud Abbas has refused to even negotiate with Israel. He stubbornly insists that the temporary ceasefire lines agreed to between Israel and Jordan are the only boundaries he will accept. Indeed, he rejected Israel’s 2008 statehood offer that would have given him the vast majority of this land, as well as President Obama’s 2014 parameters. His predecessor Yasir Arafat rejected offers of statehood in 2000 and 2001.

Most importantly, even if Israel were to somehow agree to a return to the 1948 ceasefire lines, it still doesn’t follow that the Israelis living in the areas beyond the Green Line are a central barrier to resolving the dispute. Why can’t they simply become citizens of the future Palestinian state? Those that don’t want to would simply have to take it upon themselves to relocate back into Israel. If those that chose to remain could stay as Palestinian citizens, then settlements would pose no obstacle whatsoever to resolution of the conflict. After all, there are well over a million Arab citizens living in Israel. Are they at the “core of the dispute”?

It’s this intolerance and intransigence on the part of the governing Palestinian Authority that is the real “core of the dispute.” Both Airbnb’s decision, and much of the coverage of it, ignore this.