In a November 2018 press release, the organization Medecins Sans Frontieres (MSF) urged Israeli and Palestinian authorities to “facilitate the treatment of patients in Gaza and abroad,” after months of clashes along the Gaza Strip’s border with Israel left many Palestinian rioters injured.

“What is required now is for the Israeli and Palestinian authorities to do all they can to facilitate the free access and work of all health care providers in Gaza that are trying to build the advanced capacity to care for these people; for other countries in the region and around the globe to step forward and offer funding and space in their hospitals where advanced surgical capacity exists; and for authorities in Palestine and Israel to facilitate the transfer of these patients abroad,” said MSF’s representative in the West Bank and Gaza Strip. 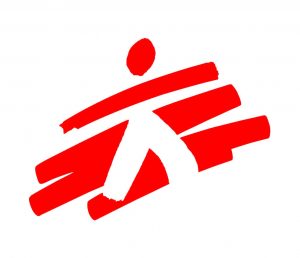 The French wire agency Agence France Presse straightforwardly reported on the MSF’s statement — at least in its French-language coverage, which made clear that MSF “calls on Israeli and Palestinian authorities to facilitate … the transfer of injured people out of the enclave under blockade when necessary.” In the English copy of AFP’s story, though, MSF’s appeal to Palestinian authorities was inexplicably missing. “The NGO called on Israel to allow those injured out of the blockaded strip for necessary treatment and for governments to offer their medical facilities for the wounded,” AFP reported.

It would make sense for MSF to address its call to Israelis and Palestinians alike. Although thousands of Palestinians per year are permitted to enter Israel from Gaza for medical treatment (something AFP neglected to note), Israel, citing security concerns, does prevents some potential patients from entering the country from the Hamas-ruled territory. The security concerns are real, as dramatically illustrated by the story of would-be suicide bomber Wafa al-Biri, and are likely exacerbated the fact that many of the Palestinian rioters were members of Hamas, as the terror organization’s leaders have admitted (but AFP, again, neglected to note).

Palestinian leaders, meanwhile, have a long history of preventing sick Palestinians from getting treatment in Israel, a reality that likely explains why MSF addressed leaders on both sides of the conflict.

Unfortunately, media organizations also have a history of concealing international criticism of Palestinians — for example, when on multiple occasions journalists edited statements by former United Nations Secretary General Ban Ki Moon to remove his condemnation of Palestinian terrorism. AFP editors were informed of the wire service’s omission and the discrepancy between its English and French stories, but have thus far failed to address the issue.