Following a series of communications with CAMERA Arabic, three Arabic media outlets have corrected false references misidentifying Jewish communities inside Israel’s internationally recognized territory as “settlements.” Applying this inaccurate terminology to Jewish communities inside the pre-1967 Green Line reflects rejection of Jewish sovereignty within any borders as a form of illegitimate “settler colonialism.” 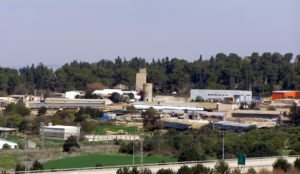 On Aug. 5, Deutsche Welle Arabic wrote: “It has been four days since the Israeli military announced it is mobilizing forces to the ‘Gaza front’ and raised the level of alert all across the border and near the adjacent settlements as a precaution against attack that the [Islamic] Jihad movement may carry out.”

On Aug. 9, Deutsche Welle commendably corrected, replacing “settlements” with “areas.” On the other hand, the publicly-funded German media outlet failed to correct a second erroneous reference to “settlements” which had appeared the same day.

I24 News, for its part, on Aug. 18 commendably corrected an Aug. 4 reference to “Israeli settlements surrounding the Gaza Strip,” changing the erroneous characterization to “towns.”

On Sept. 2, BBC Arabic corrected three separate references. The most recent report, Aug. 3, had erroneously reported: “Israel announced a situation of high alert and took several measures on its southern border with the Strip, including road closures in what is known as ‘the Gaza envelope settlements.” Editors commendably deleted the inaccurate reference to the “Gaza envelope settlements.”

BBC Arabic has yet to address two pending complaints submitted by CAMERA Arabic on the exact same error dating back to April and July of 2022.

Counterfactual rhetoric has no place in any Western media outlet claiming impartiality. The fact that the report happens to be in Arabic does not exempt the media outlet from the basic principles of journalism requiring factual reporting.