Ian Lustick, a political science professor at the University of Pennsylvania, has been marinating for years in antipathy for Israel and its supporters. Lustick’s hostility towards the Jewish state was in ample evidence in a nearly 15,000-word essay in the August 2020 issue of Middle East Journal, which is published by the Middle East Institute of Washington D.C.

The essay, entitled “The Peace Process Carousel: The Israel Lobby and the Failure of American Diplomacy,” contains thirty-eight references to an “Israel Lobby” and seven references to the American Israel Public Affairs Committee (AIPAC)—but not a single mention of the “Arab Lobby,” or any other lobby linked to Middle Eastern politics. MEI’s Web page for the piece is topped off by the abstract:

More than 50 years of American diplomacy in the Arab-Israeli “peace process” have revealed it to be a carousel of constant activity with no forward movement. Despite chronic failure and embarrassment, it continues in great measure because of the cumulative effects of the influence of the Israel lobby in the United States, through cycles of opportunity, initiative, retreat, and compensation. Mathematician John Nash’s theory of an inefficient equilibrium is offered as an explanation for the still-sustained pretense of the possibility of a negotiated peace agreement and the conditions under which the peace process carousel could finally stop turning.

As the abstract indicates, the essay does indeed condemn, as well as exaggerate the power of,  the “Israel lobby,” effectively blaming it, along with Israel, for the failure to achieve a peace agreement with the Palestinians. And he offers up the Nash “inefficient equilibrium” game theory from academia  to help persuade readers that neither side is interested in deviating from its predicted strategy since neither side benefits from changing its strategy. In fact, this claim is false (more below).

Sampling from Lustick’s thousands of words

Why did the peace process [for the Palestinian conflict with Israel] turn into a merry-go-round? What role did American diplomacy and domestic politics play in that outcome, and why, despite the absence of any prospect of success, does the carousel continue to revolve?

The development and denouement of diplomacy during the administrations of Richard Nixon, Gerald Ford, Jimmy Carter, and Barack Obama …and the increasing clout of the Israel lobby in particular, locked the US into sequences of Nash equilibrium-conforming behavior.

The growing power of the Israel lobby in the US – conveniently if not entirely accurately imagined as the power of the American Israel Public Affairs Committee (AIPAC) – produced cycles of ambition, failure, and increasing obstacles to peace. These cycles continued over four decades. Destruction of the possibility for a negotiated “land-for-peace” deal was not the Israel lobby’s goal, even if it may have been the personal preference of some its leaders. Nonetheless, the eventual impossibility of fruitful Israeli-Palestinian negotiations was the result of the lobby’s astonishingly successful exploitation …

Since the Nixon administration, each of these cycles has moved through four basic phases: opportunity, initiative, retreat, and compensation. In the first phase, events in the Middle East produce what appear as an opportunity to arrange negotiations based on trading lands captured by Israel in 1967 for peace with its neighbors. In the second phase, an initiative is launched, involving intense American efforts that produce some limited results: steps to “disengage forces” or “build confidence” and new signs of either Arab willingness to cooperate with Israel or Israeli agreement to enter negotiations, accept the terms for negotiations, or restrain provocative behavior.

In the third phase, pressures of American domestic politics, driven either by the direct efforts of the Israel lobby or anticipatory reactions to its influence, focus attention in Washington on the political risks and costs of diplomacy, leading to retreat from the original goals of the initiative. In the final phase, to protect the administration against domestic political attacks for being inadequately supportive of Israel, the initiative is withdrawn, sharply curtailed, or declared a failure …

The consequences of these cycles have hardened the protective cocoon surrounding the task of each successive US president seeking a negotiated peace between Israel and the Palestinians. They also contributed to rapid growth in the power of the Israel lobby – seen in the context of these cycles to be both crucial (in the eyes of supporters of the Israeli government line in the US) and successful (in the eyes of politicians who repeatedly witnessed the fruitlessness and high political costs of opposing the lobby’s positions).

As is evident, the key phrase is “Israel lobby.” Through the fog of the author’s verbiage, it’s clear that this phrase is his ultimate explanation for the failure to achieve peace in the Middle East.

The myth of the outsize power of the “Israel lobby”

AIPAC is an American lobbying group that advocates pro-Israel policies to the Congress and Executive Branch of the United States. Its stated mission “is to strengthen, protect and promote the U.S.-Israel relationship in ways that enhance the security of Israel and the United States.” It is not an arm of the government of Israel or any Israeli organizations.

The power of American supporters of Israel to control the U.S. government is a myth perpetrated by haters of Israel. It is easily disproven by history: American presidents have repeatedly gone against the wishes of Israeli prime ministers – the Iran nuclear deal is a prime example. Another example is arms sales to Arab countries. But examples of Israel supporters defeating major U.S. government arms sales to Arab countries traditionally hostile to Israel are virtually non-existent. An example often cited by those who exaggerate the influence of supporters of Israel, is the failure of a proposed arms sale to the Kingdom of Saudi Arabia during the pro-Israel Reagan administration in the 1980s — The Los Angeles Times reported in 1987, “President Reagan withdrew a proposed $360-million sale of sophisticated anti-tank missiles to Saudi Arabia Thursday in the face of overwhelming congressional opposition sparked by concern for Israel and unhappiness with both the Saudis and the Administration.”

While AIPAC is perhaps the best known pro-Israel group, the notion that a single group is exerting undue influence over policy making isn’t accurate. In fact, the majority of Americans support Israel. Indeed, majority support is indicated repeatedly in opinion polling. For example, Gallup’s 2017 World Affairs Poll on Israel notes, “Just over seven in 10 Americans have a favorable opinion of Israel. That represents the fourth straight year that Israel’s favorable rating has been 70 percent or higher.”

Furthermore, much greater political clout than AIPAC is wielded by other lobbies. For example, the American Association of Retired Persons, labor unions, the U.S. Chamber of Commerce, the dairy farmers’ lobby or the National Rifle Association, all exert considerable political influence. While AIPAC is frequently vilified by haters of Israel, invariably overlooked is a lobbying heavy-weight, the petro-dollar funded anti-Israel pro-Arab lobby, and direct funding from Arab countries. This influence has been felt not only on Capitol Hill, the State Department and Pentagon, through multi-billion dollar weapons purchases but also in academia, with large-scale grants to prominent universities and think tanks, and in society in general through subsidies and material support to mosques, religious schools and advocacy groups. Examples are: The Middle East Institute is largely funded by the United Arab Emirates; Saudi Arabia has donated millions of dollars to buy influence in U.S. universities.

The actual reasons for the failure to achieve a peace agreement

The Palestinian Authority (P.A.) is responsible for the failure to achieve a peace agreement. Indeed, the PA has long set forth preconditions to participating in negotiations—a direct violation of the Oslo Accords, which created the Authority in the 1990s. The PA, for example, insists on preconditions that are non-starters, including that Israel accept the Palestinian refusal to accept Israel as a Jewish state. Yet Lustick misleadingly dismisses this as: “ [PA President] Abbas … [is unable to accept Israeli Prime Minister Netanyahu’s] demand that Palestinians accept a Zionist definition of the State of Israel.”

Importantly, the PA insists that Israel must accept a “right of return” for millions of Arabs , which would inevitably result in the Jewish state becoming unviable. Yet, there is no “right of return” in international law, and it is unheard of for a national movement to demand—as part of their state building—the right to return to another, different nation. Lustick briefly touches on this critical issue: ”Obama angered the government in Israel by referring to the pre-1967 armistice lines as the basis for negotiations but followed [Ambassador] Ross’s advice by avoiding the issues of Jerusalem and refugees and moving dramatically away from the ‘even-handed’ or ‘honest broker’ posture he had cultivated previously.”

Lustick completely ignores a major impediment to peace: the cradle-to-grave indoctrination of Palestinians – via leadership, media, mosque and schools – to hate Jews and commit violence against them. The innate antisemitism has been documented for several decades by Palestinian Media Watch and CAMERA.

In one particularly infamous example, PA President Mahmoud Abbas was seen on PA TV  in September 2015  exhorting: “We bless every drop of blood that has been spilled for Jerusalem, which is clean and pure blood, blood spilled for Allah, Allah willing. Every Martyr will reach Paradise, and everyone wounded will be rewarded by Allah. The Al-Aqsa [Mosque] is ours, the Church of the Holy Sepulchre is ours, and they [the Jews] have no right to defile them with their filthy feet. We will not allow them to, and we will do everything in our power to protect Jerusalem.”

The PA has rejected numerous offers for statehood, notably in 2000 at Camp David, 2001 at Taba and 2008 after the Annapolis Conference, as well as proposals to restart negotiations.

Lustick’s history of antipathy toward Israel

Yet when it comes to Israel, Lustick is a known quantity. As CAMERA’s Dexter Van Zile documented  in 2013, the professor engages in frequent distortions and omissions to attack the Jewish state (“Ian Lustick Needs A New Map And Flare Gun”). 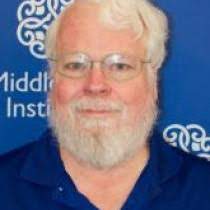 In the interest of responsible journalism, Mr. Dunn and the Middle East Journal should provide an article to balance Lustick’s unhelpful, misleading essay, the take-away message of which is that the “Israel lobby” is the main reason for the failure to achieve a peace agreement. Clearly, this notion is disconnected from reality.