A story in the June 21 edition of Israel Hayom, Israel’s most widely circulated newspaper, examined the obstacles in the way of Prime Minister Benjamin Netanyahu’s plan to extend sovereignty in the West Bank (“Gantz to Netanyahu: Limited Sovereignty, In Coordination With Jordan“). Among other topics, the reporters mention an Op-Ed by Israel’s ambassador in Washington, Ron Dermer, that was recently published in The Washington Post (June 20).

But as Dr. Tomer Persico, a visiting assistant professor at UC Berkeley, pointed out, there was a notable problem with the Hebrew translation of the excerpt that Israel Hayom quoted. 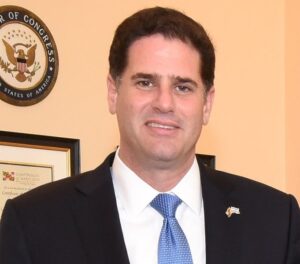 The extension of Israeli sovereignty to certain territories in Judea and Samaria will not, as many critics suggest, destroy the two-state solution. But it will shatter the two-state illusion. And in doing so, it will open the door to a realistic two-state solution and get the peace process out of the cul-de-sac it has been stuck in for two decades.

However, Israel Hayom mistranslated Dermer’s statement that “the extension of Israeli sovereignty” will “open the door to a realistic two-state solution” to “open the door to a solution for the two peoples.” In other words, in a complete distortion of Dermer’s words meant to convince American readers of the benefits of annexation, Israel Hayom converting to two-state solution into a “solution for the to peoples.”

Yisrael Hayom mistranslates Dermer’s op-ed in the Washington Post, writing the Trump plan will “open the door to a solution for two nations” instead of “a realistic two-state solution.” https://t.co/q4yyWaTAto

Was the erroneous translation an innocent mistake? There are some indications that it was not. The first time that the phrase “two-state solution” appears in Dermer’s paragraph (when he refers to the “two-state illusion”), Israel Hayom‘s translation is accurate. Only later, where Dermer writes about the benefits of annexation, the more creative “translation” appears.

In addition, the English phrase “two-state solution” is very common and appears frequently in discussions about the Israeli-Palestinian conflict. Israeli journalists translate it literally all the time, and there is a customary, widely-accepted Hebrew translation to it.

Whether the mistranslation is intentional or not, it conceals valuable information from the readers of Israel Hayom. In an interview with Israel Hayom last month, Prime Minister Netanyahu said:

They [the Palestinians] will have an entity of their own that President Trump defines as a state… an American statesman told me: “but Bibi, it won’t be a state.” I told him, you can call it however you want.

Netanyahu doesn’t define the future potential Palestinian entity as a state when speaking for Israeli audiences, especially the Israeli right-wing. To foreign ears, however, his envoy Dermer promises that the applying of sovereignty will bring about a “realistic two-state solution.”

By distorting Dermer’s words, Israel Hayom, which is close to the Prime Minister, spares Netanyahu criticism and hard questions that may come from his right-wing base.

Presspectiva, CAMERA’s Hebrew site, pointed out that the erroneous translation to Israel Hayom, noting that it appeared to be deliberate. While the online version of the story was corrected, Presspectiva requested a correction in the more widely read print edition, where the error also appeared. As of this writing, there has been no response.