Earlier today, CAMERA’s Snapshots blog posted about headlines in Quartz (a digital business media outlet) and Haaretz which falsely stated that Israel is paying civilians $9000 to capture or deport African asylum seekers. Haaretz commendably corrected its erroneous Jan. 12 headline (seen below) yesterday, and Quartz has yet to correct. Meanwhile, The Jerusalem Post has also corrected. 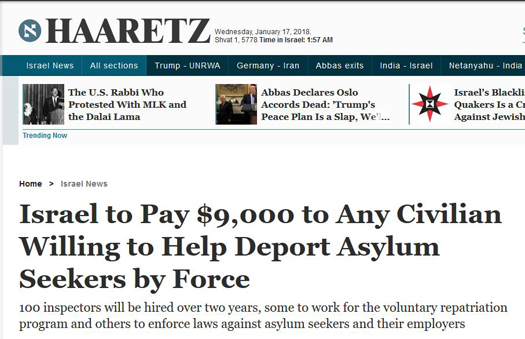 What’s the real story? As Haaretz‘s corrected headline (below) makes clear, as does the accompanying article, Israel’s Population and Immigration Authority launched a recruitment drive to attract new inspectors, offering bonuses of up to $9000. 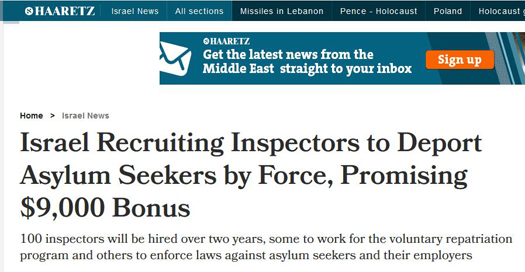 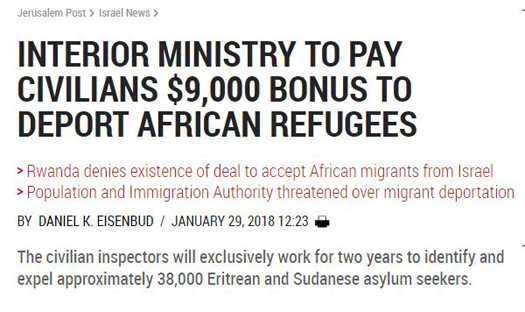 In response to Tweets from WhiggedOut and CAMERA, The Jerusalem Post quickly amended the headline. The accurate headline now is “Government in Recruiting Drive Ahead of Mass Deportation of African Asylum Seekers.” 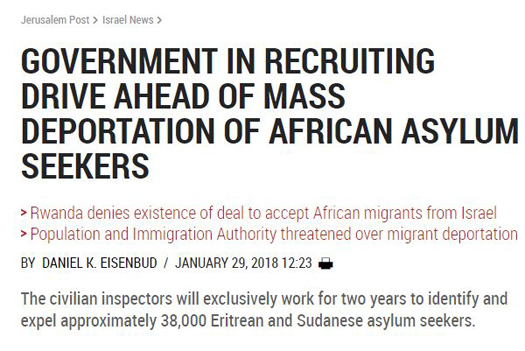 Contrary to common journalistic practice, The Jerusalem Post did not append a correction alerting readers to the change.

Following communication from CAMERA about the corrections both in Haaretz and Jerusalem Post, Quartz has corrected its headline. The updated headline reads: “Israel to pay new civilian immigration inspectors $9,000 bonuses to deport African migrants.”

In addition, editors added the following note to the top of the article:

Updated headline: Clarifies the civilian inspectors being paid a bonus of $9,000 are not ordinary civilians.