Get to know Dexter Van Zile 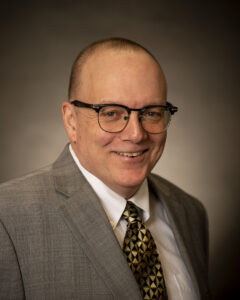 Christians have had a troubled relationship with the Jewish people for much of their history. The church fathers oftentimes inveighed against the Jews to affirm the credibility of their own faith, despite the fact that Jesus is a Jew. As a result of this tendency, Jews were often used as the scapegoats to explain why things were going badly in Western civilization. Jews who had been portrayed as enemies of God became enemies of civilization itself, as well-poisoners and child-murderers.

Some Christians understood the evils associated with this worldview, but it was not until the Holocaust, which killed most of the Jews in Europe, did Christians really understand the horrible consequences of invoking the Jews as a symbol of evil in the world and as a negative backdrop against which to highlight the goodness of the Christian faith. The Catholic Church reworked its theology regarding the Jewish people, as did many Protestant theologians, in response to the shock of the Holocaust. Anti-Jewish triumphalism was discredited.

Many Christians supported the creation of the Jewish state in 1948. Most Christians still support Israel’s existence. Nevertheless, the existence of powerful and self-confident Jews who are able to defend themselves has proven to be a shock for many Christians who now speak about Israel the way Christians used to speak about Jews – as a singular source of evil and suffering in the world. These Christians, who represent a minority, tell a distorted narrative about the Arab-Israeli conflict that promotes this vision of Israel as a pariah nation. They promote this story not because it’s true, but because they need it to be true.

By highlighting the misinformation and distorted narrative promoted by Christians who are threatened by Jewish success and safety, CAMERA’s Partnership of Christians and Jews equips Christians of good faith in their fight against the demonization of the Jewish state. We also equip Christians in their fight against the demonization of the Jewish people. I regard my work at CAMERA as protecting both Jews and the Christian faith against the spread of Jew-hatred. I also work to challenge so-called Christian peacemakers to speak honestly about the underlying causes of the Arab-Israeli conflict. If you wish to be a peacemaker, you must speak the truth. Unfortunately, many would-be peacemakers refrain from holding Arabs and Muslims accountable for their misdeeds.

Dexter: Most of my time and energy has been invested into highlighting the failure of Christian peacemakers to address the problems in Palestinian society that undermine the prospects for peace in the Holy Land. Christians regularly assert their right to condemn Israel, but very rarely live up to their obligations to hold Palestinian elites accountable for their refusal to make peace with Israel. I keep reminding Christians that the Palestinian elites demand the right of self-determination for the people they lead while at the same time denying the Jewish right to self-determination. That’s an act of supremacism.

I’ve also worked to counter very specific lies told by Christians about Israel. For example, people keep saying that Bethlehem, the city where Jesus was born, is “completely surrounded by a wall.” The implication is that Israel is trying to hinder God’s purposes for peace in the Holy Land by turning the city where Jesus was born into a prison. Many of the people who tell this lie know that Bethlehem is not surrounded by a wall, but the image of the Jewish state hindering Jesus’s movements is just too powerful for them to stay away from, so they repeat the lie. I’ve confronted and embarrassed a lot of people who have told this lie over the years.

These days, I’ve spent a lot of time countering the misinformation broadcast at UMASS Amherst by communications professor Sut Jhally.

Dexter: Israel has helped me instruct my children in the ways I want them to go.

In 2014 I brought my oldest daughter to Israel. We kept the trip secret from her grandparents because we didn’t want them to worry about her safety. Hamas had been firing rockets into Israel. We said she was going away to camp. (God forgive me!)

I was worried about the rockets so we stayed out of Tel Aviv for as long as we could before we went to the airport to fly home. As we sat in the main lobby in Ben Gurion Airport, we heard sirens and then explosions in the sky overhead. Clearly there was a rocket attack that had been stopped by the Iron Dome Defense system. My daughter looked at me for cues on how to respond. I looked around at the Israelis who were sitting nearby. They calmly got up from their tables and moved to the areas beneath the stairwells. Those that were talking on their cellphones continued talking, as if nothing was happening, like they were waiting for a taxi. They were laughing, and talking animatedly like it was nothing.

Five years later, I brought my entire family to Israel in February 2019 and we stayed two nights at Ein Gedi, near the Dead Sea. At the last minute, I found a guide who was willing to bring us on a hike up Masada, but I didn’t have enough NIS in my wallet to pay the guide and I had maxed out the daily withdrawal on my ATM.

I approached my youngest daughter, who was 16. “Did you bring your ATM card on the trip?” I asked. “Yep,” she said. “Come with me.” I brought her to the hotel’s ATM and had her withdraw enough cash to cover the cost of the hike. “I’ll pay you back. What’s it like to have power?” I said. “Pretty good,” she said. On the bus ride back to Jerusalem, the day after the trip up Masada, she looked out the window transfixed by the landscape. Afterwards, she said, “Israel is like those science fiction movies where the humans make life on other planets.”

Israel showed her just what human possibility looks like.

Dexter: CAMERA has great respect for the written word. That’s a good place for a guy like me to be. 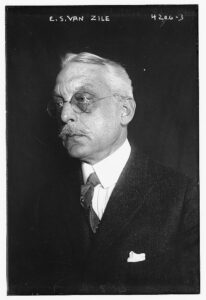 Dexter: My great-grandfather, Edward Sims Van Zile, who wrote for the New York World when it was owned by Joseph Pulitzer. His obituaries reported he was one of the first newspaper columnists in the U.S. He covered World War I as a correspondent in 1917 and as a writer for Warren G. Harding’s 1920 presidential campaign.  On a wall in my brother’s house in New Hampshire, there hangs a letter of introduction for him written by former President Theodore Roosevelt. He must have had an interesting life. I have had a pretty interesting one too.

Q: If you could improve the coverage of one news outlet, which would it be? And why?

Dexter: These days, with one daughter in college and another headed off to college in a couple of years, I’m furious at how higher education has been hijacked to promote anti-American, anti-Israel, and anti-Western propaganda. If I could improve the quality of thinking in the humanities, I’d be very happy. That’s one reason why I’ve taken such an interest in UMASS Amherst.

Dexter: Being outside. I love to hike in the White Mountains and go on walks in the Boston Harbor Islands via the ferry. More recently, I’ve discovered a number of state parks and town forests that my dog loves as much as I do.