Get to know Marcelo Wio 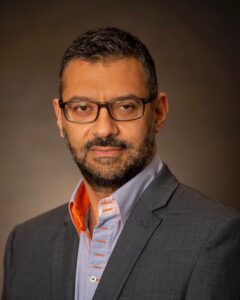 Marcelo: Spanish is the second most spoken language in the world. It is the language of many different countries. In today’s online world, when information often travels faster than people can reflect about it, misinformation has the potential to reach a vast segment of the global population. Thus, the importance of holding major Spanish media outlets accountable. Erroneous reporting, if left unchecked, ends up influencing government policies and positions.

Marcelo: I analyze the coverage of Israel by the Spanish world’s most important media outlets — pointing out errors, lack of context, conspicuous omissions, etc., and then contacting them to urge for corrections. I also write informational backgrounders regarding different issues surrounding the Arab-Israeli conflict as well as the different ways that media outlets in general can slant coverage. In addition, I write editorials to educate readers about antisemitism.

Our team also hosts many events and seminars that educate young people about Israel and the conflict – and role of the media in shaping the perceptions of Western audiences.

Marcelo: Different things. Nor is it always the same set of things. But there is always, in me, a profound love for Israel. But not as an abstract idea, but as something concrete and palpable. It can be hard to explain. There is a spirit to the country which feels almost material when you walk down the streets of Jerusalem, when you watch a sunset in Jaffa — a history surrounds you in such a way that you find yourself living both in the present and in the many pasts that have happened there. The soul of a people is tangible.

Marcelo: Many things. But first and foremost, the people, the camaraderie, the sense of home. And of course, the discussing of texts, ideas, queries with bright and well-informed colleagues.

Marcelo: With the American physicist Richard Feynman. Or Carl Sagan. Or…there are so many. Thing is, would they have dinner with me?

Q: If you could improve the coverage of one news outlet, which would it be? Why?

Marcelo: Agencia EFE – the most important news agency in Spanish. The company has an office in Israel, and their coverage reaches the entire Spanish-speaking world. If their coverage improved, it would be a substantive contribution to the general betterment of global reporting on Israel.

Marcelo: I swim. I read. I write fiction (or, at least, something resembling such a thing). I like photography, listening to music, going out for long walks.