Get to know Tamar Sternthal

Q: Tamar, you direct CAMERA’s Israel Office. Why was it necessary for CAMERA to open an office in Israel? Tell us about the importance of Hebrew media and how it impacts global coverage. 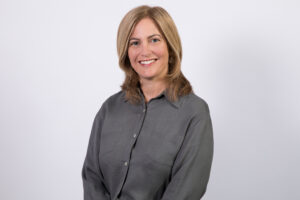 Tamar: Several years ago, CAMERA identified the need to open a Hebrew-language department to monitor the Israeli press and counter misinformation published in Hebrew. When foreign journalists, researchers, policy makers, and students around the world read negative reports about Israel in the Israeli press, they attribute a greater degree of credibility to the claims precisely because the report originated from an Israeli source. “An Israeli reporter said it, so it must be true, right?” All too often, we found that inaccurate reports defaming Israel originate in the local press, primarily Haaretz, with its influential English-language edition, and spiral outward to media outlets around the world. While Haaretz’s Hebrew-language edition is read by a tiny minority of Israelis, its popular English-language site enjoys disproportionate influence globally.

Tamar: In addition to serving as a home for Presspectiva, our Hebrew-language department, CAMERA’s Israel office is a hub for much of the organization’s international media work. It is the center of activity for our British department, which will soon relaunch as CAMERA UK, along with CAMERA Arabic, our newest addition, of which I am extremely proud. My personal focus includes the English-language Israeli press, which includes the ongoing “Haaretz, Lost in Translation” project to document discrepancies in the Hebrew versus English editions, invariably tilting in one direction. Violence, incitement, or other wrongdoing on the Palestinian or Arab side, reported in the Hebrew edition, are frequently downplayed or outright omitted in Haaretz’s parallel English coverage, while misinformation defaming Israel appears in the English articles, but not their Hebrew counterparts. I also dedicate a great deal of my time to monitoring the wire services such as Reuters, Associated Press, Agence France Presse, which are extremely influential and enjoy huge audiences across the world. As media outlets faced budget cuts in the last decade, they have had to scale back and even close their bureaus, and rely more heavily on the wire services, greatly increasing the agencies’ importance. Given that I am in the same time zone as the Jerusalem bureaus of these news services, I can prompt corrections of inaccurate claims in the very same news cycle they appear, preemptively preventing misinformation from appearing in secondary media outlets worldwide. Finally, I also monitor The Los Angeles Times, a responsibility that I carried with me when I moved from Boston to Israel more than 15 years ago.

Tamar: I am always delighted and inspired when editors, producers and reporters graciously respond to our appeals to correct, and take responsibility for their errors, setting the record straight. As former associate editor of The Jewish Advocate, I remember being on the receiving end of occasional criticism. I recognize that no one enjoys being told that they’re wrong. So when media practitioners do act with professionalism, upholding the journalistic imperative to get the facts right, I am energized to keep on battling for accurate coverage of Israel after over 20 years on the job. I am also inspired by breaking new ground, such as our relatively new Arabic department, which monitors Arabic media reports published by Western news outlets like Reuters, CNN, Sky News, Agence France Presse, The Independent, and more. Although that coverage reaches huge audiences across the Middle East, Europe, and beyond, no entity had been monitoring these reports for adherence to professional codes of journalistic conduct, including accuracy. To know that we are prompting better coverage and making a difference in these previously untouched waters is inspiring.

Tamar: Besides the high-level professional interaction with editors and the ensuing good results, I especially appreciate the rewarding cooperation with my talented and knowledgeable colleagues across multiple languages: English, Hebrew, Arabic, Spanish, and French. (Note: Though CAMERA does not have a French department we enjoy an excellent working relationship with the Paris-based media watch organization, InfoEquitable.) I love that although we are working in different languages, and perhaps focusing on different countries, we can assist each other in our respective areas, an indication of the globalized nature of media coverage. On a more basic level, plainly – I am a news junkie who enjoys writing – so getting paid to read papers and write about them is a dream job.

Tamar: That’s a tough one. Maybe Abba Eban. I would be thrilled to hear firsthand his insight as a diplomat par excellence who contributed greatly to the state of Israel in its early years. On a more personal level, I would love to have the opportunity to speak with great-grandparents, or generations further back, to learn about their challenges and triumphs, to understand what life was like for them, and for them to know that a branch of their descendants has found a wonderful home in the modern Jewish state, a concept which might be completely unbelievable to them depending on when they lived.

Tamar: The New York Times, without a question. It still carries the reputation as the gold standard of journalism and sets the tone and content of media coverage not only in the United States, but also beyond. And yet its coverage of Israel, and more recently growing antisemitism in the United States and England, suggests pathological hostility. The Times can and should do better.

Tamar: For a bit of escapism, I enjoy novels – often mysteries – which I hardly put down until I complete. My very amateurish gardening – limited to pulling weeds and watering cacti and other hard to kill plants – is extremely therapeutic. Most of all, I enjoy spending time with my family on hikes and other outings, and dining at Israel’s delicious restaurants with my husband. In our new lives under the Coronavirus lockdown, I am enjoying seeing more of my family, even if it is only at home and the cooking is all my own.